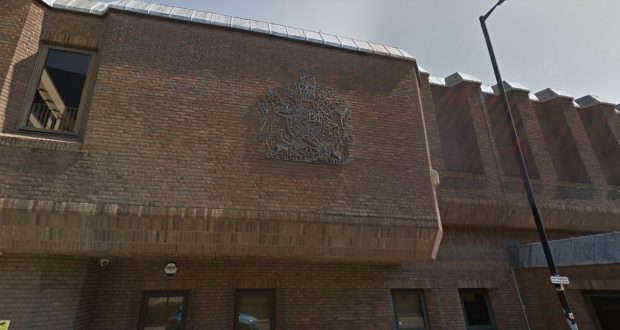 A Weston man has been jailed for three years after admitting the manslaughter of his son, whom he shook as a baby nearly 20 years ago.

Jack Mitchell was born a healthy child in January 2001 and responded well following his birth.

However, between March and May of the same year there were four occasions where he stopped breathing.

He was medically revived but there were no signs of what caused these episodes. On each occasion, his father John Doak had been in sole care of him.

On the fourth occasion, Jack was rushed to hospital where he was found to have sustained retinal haemorrhages and subdural haematomas – evidence of severe trauma.

A paediatrician believed his injuries to be the result of ‘shaken baby syndrome’ and while Jack survived, he had sustained severe, irreversible brain injury.

John Doak was subsequently arrested, convicted of causing grievous bodily harm with intent and sentenced to four years in prison in 2002.

Jack was removed from his home in Laindon by social care, placed with a foster family in north Essex, and had his name changed. He required 24-hour care for his extensive medical needs.

Sadly, he died in 2016, aged 15. A forensic post-mortem examination found he had died from a pulmonary infection and pneumonia as a result of the injuries he suffered as a baby.

Following a review of Jack’s death, Doak, 37, of Delgate Avenue, Weston, was summonsed to appear at court in September last year to face a charge of murder.

At Chelmsford Crown Court on Friday November 6 he admitted manslaughter.

At the same court today, Monday November 9, he was sentenced to three years in prison. The judge said the sentence took into account he had previously been jailed for four years for causing grievous bodily harm.

Senior investigating officer Detective Chief Inspector Stuart Truss, of the Kent and Essex Serious Crime Directorate, said: “This is a tragic case of a young man who had any chance of a future taken away by the actions of his father.

“Jack’s injuries he sustained as a child were so severe he required extensive, round-the-clock care.

“John Doak was meant to care for and protect his son but instead deprived him of a future and now faces a significant amount of time in prison.

“My thoughts also go out to Jack’s adoptive parents who had given him many wonderful years before his death. They continue to live with the sad loss of Jack.”