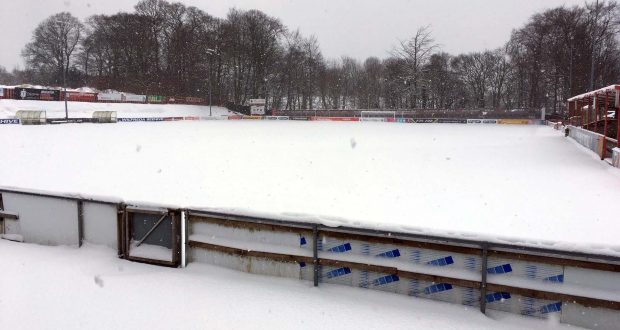 WEEKEND FIXTURES: The snow is forcing postponements across the board

Much of this weekend’s outdoor sport is likely to be postponed due to the heavy snowfall over the past few days.

In football, Spalding United’s trip to Sheffield FC in Evo-Stik NPL First Division South was called off on Friday morning.

All games in the ChromaSport PDFL and Peterborough junior leagues have been wiped out by the snow too.

Meanwhile, The East Hockey League’s Management Committee have said that they “fully expect close to a 100 per cent cancellation rate” – meaning that it’s unlikely Spalding Hockey Club and Long Sutton Hockey Club will see any action.

Even the Spalding and District Snooker League saw just seven matches take place on Thursday night due to the state of the roads in South Lincolnshire.

We’ll keep this post updated with any further postponements.