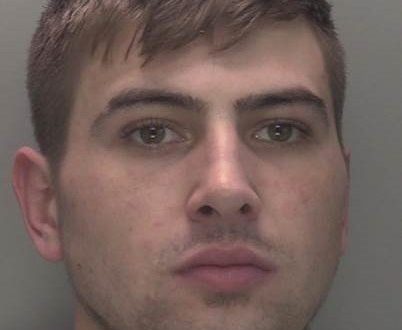 A wanted man from Holbeach denied a charge of robbery when he appeared at Lincoln Crown Court.

Connor Tierney, 25, of Langwith Drive, was on bail for a charge of robbery on March 15 in Long Sutton.

He is accused of robbing the BP Main Road Filling Station, in Long Sutton, of a quantity of alcohol, cigarettes and a Yodel parcel to a value unknown on March 15.

Tierney this morning (Tuesday) appeared at Lincoln Crown Court where he entered a not guilty plea to the robbery.

Judge Simon Hirst adjourned the case for a trial at Lincoln Crown Court on November 14.

The trial is estimated to last three days.

Tierney was granted bail on condition he obeys a residential curfew.

Judge Hirst told Tierney: “Your trial will be on November 14.”

Earlier this month Lincolnshire Police appealed for help in locating Tierney who was wanted for breach of court bail.

At the time officers believed he may be in the Spalding, Holbeach or Long Sutton areas and urged anyone who saw him to contact the police.