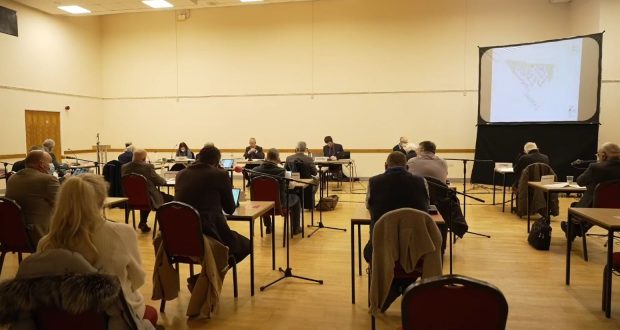 A still from the meeting.

A part-retrospective application to create a site for traveller families in Gedney has been refused.

Some work on a driveway for the site for five families and associated buildings off Blazegate has already been carried out, planning officers said, but they recommended the application be refused on grounds including that there’s already enough allocated places for traveller sites in the South and East Lincolnshire Local Plan.

The Environment Agency had also requested refusal over concerns of the potential of what is currently classed as agricultural land to flood.

Coun Peter Coupland told the meeting: “This is about people’s safety. I’m really concerned about the Environmental Agency’s statement.

“They say serious flooding is likely to continue in the future up to 1.6m and that’s pretty deep.

“It wouldn’t wash a house away but it could wash a caravan away.”

Coun Gambba-Jones added: “We have met the requirement to provide sites. We’ve been very reasonable in what we’ve done for the gypsy and traveller community.”