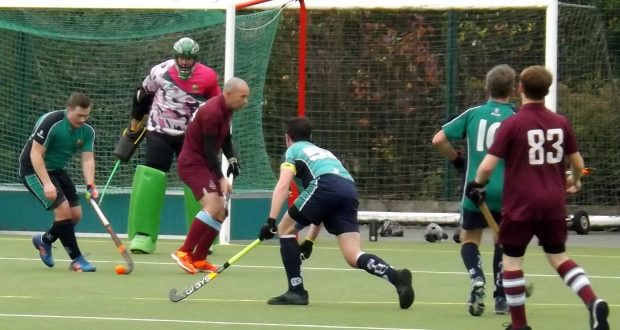 DELAY: There will be no action like this for at least a few weeks. Photo by NIGEL COOKSON

With South Holland among the many areas to be placed in Tier 3 of government restrictions, both clubs are only permitted to return to training.

But they cannot return to action in the East Hockey League, unlike clubs based in areas in the lower tiers.

A statement from Hockey England said: “Following confirmation from Government on the new Covid Alert Level Tiers, it is now confirmed that a larger proportion of the country will be affected by tougher restrictions than during the previous tier approach.

“England Hockey are continuing to work with Sport England, DCMS and the other team sports for clarity on what travel is permitted between areas to understand to what extent outdoor team sports will be allowed to return.

“The good news is that in all tiers clubs can resume training (from December 2).

“In Tier 1 and 2 training and matches can resume from December 2. Any activity must comply with our Return to Play Step 5 guidance.

“The main outstanding issues relate to the new Tier 3 areas and the rules around those in terms of travel for sport. England Hockey will update as soon as the sport specific guidance for this is agreed.”