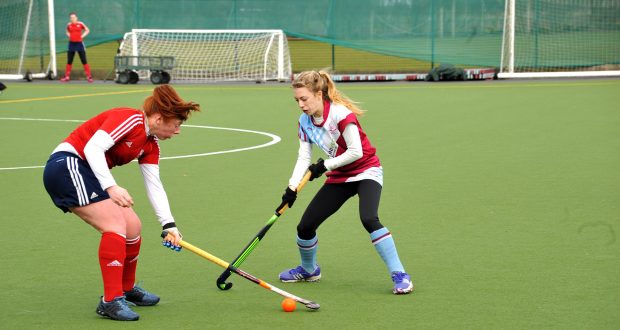 Glen Park facilities in use.

After a determined opening on a very cold afternoon, Kelly Slater opened the scoring after Maisie Dobbs launched the ball into the D.

The hosts hit back with a controversial goal to level the scores, but Charlotte Maplethorpe lifted the ball over the keeper from close range after a good spell of pressure to ensure Spalding led 2-1 at the break.

A short corner strike sailed just wide as Bourne Deeping pressured early in the second period, but Spalding soon found themselves in control.

The Poachers piled on the pressure in every tackle with Steph Wilson, back after injury, doing what she does best.

The pace of the younger players up front left Bourne Deeping defenders in a daze, too. Lottie Boreham gave the girls a cutting edge down the left and Georgina Maplethorpe dominated as she usually does.

The clincher finally came when Karen Timby burst through the midfield lines and left Charlotte Maplethorpe to add her second goal, smartly rounding the keeper and slotting home.

In the same division, Lyn Tancred scored twice and Louise Southgate was player of the match as Long Sutton ladies’ 1st drew 2-2 at City of Peterborough 2nd.