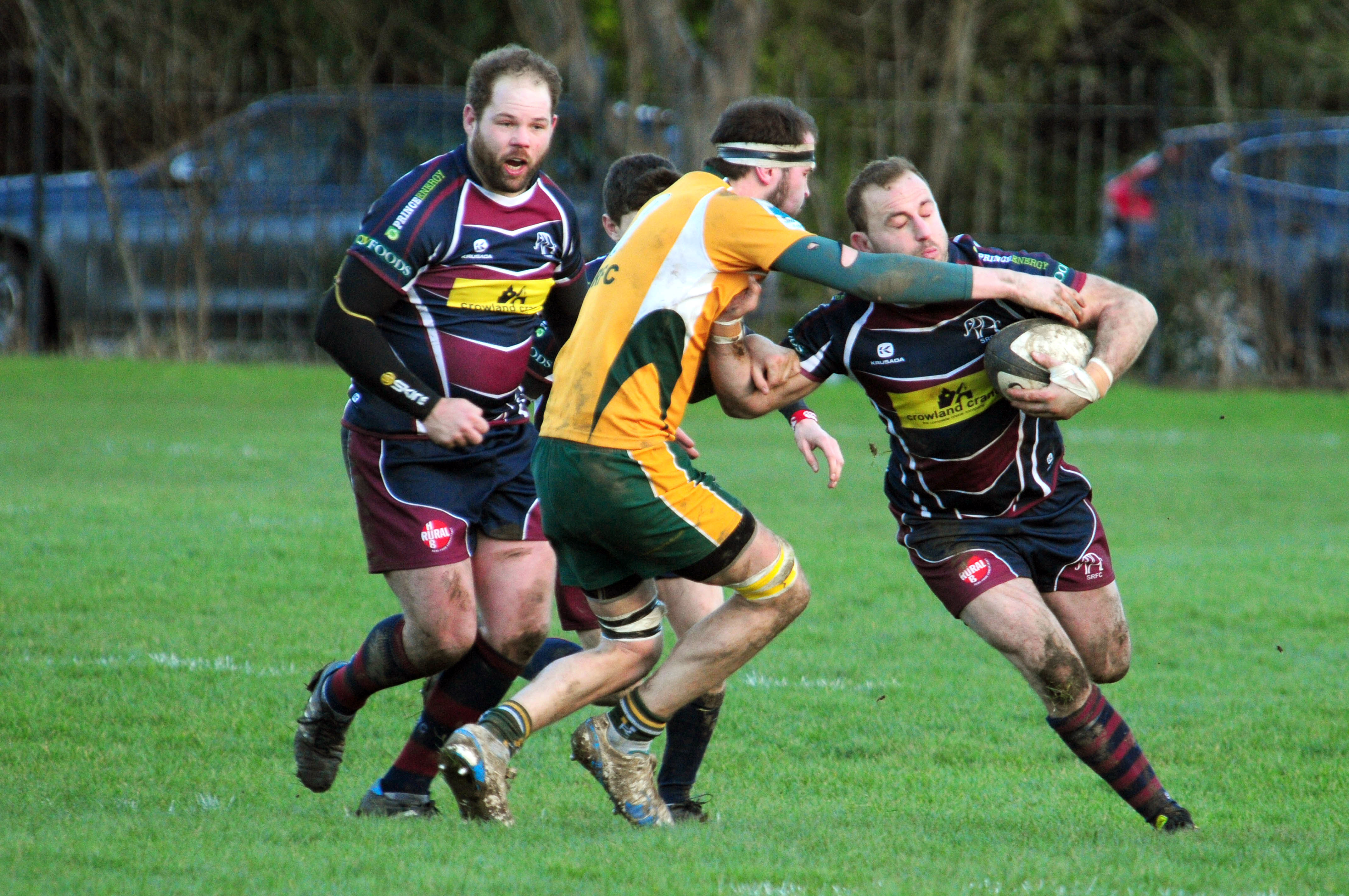 OUT AGAIN: Harry Sharman (right) is unavailable on Saturday. Photo by ADRIAN SMITH

Skipper Sam Cooke has told his Spalding RFC side that they are more than capable of beating Midlands Two East (North) title hopefuls West Bridgford this Saturday (2.15pm).

The third-placed side will arrive at the Memorial Field in fine form, having won their past six games – including a 41-16 victory over Stamford last weekend.

In contrast, relegation-threatened Spalding have now suffered back-to-back defeats following a 25-7 reverse at Ashbourne, another of the high-flying sides, last time out.

Despite being just three points above the drop zone, Town captain Cooke is confident of a return to winning ways this weekend.

He admits that the Elephants “owe” West Bridgford one after going down 33-12 in the reverse fixture back in November.

That was the game that saw young talent Gavin Harrison suffer a broken ankle too, so Town have plenty to play for.

Indeed, Cooke has told his side to go out “all guns blazing” in a bid to bring home the points.

“I was proud of the performance at Ashbourne last week,” said Cooke. “We more than held our own there and led at half time.

“I think they just turned it on in the second half – and there was nothing we could do to be honest.

“They are one of the best sides in the league and it showed. We’ve had some heavy losses against the top sides this year, so 25-7 was an improvement for sure.

“We now move onto another tough one against West Bridgford.

“I did feel we deserved more in the away game – and then there was that horrible injury that really left a bad taste.

“I’ve seen enough to know that we can cause them plenty of problems this weekend. I do believe we can beat them.

“We need to go out there all guns blazing and bring home the points.”

Town are boosted by the return of Sion Williams, who missed last Saturday’s loss at Ashbourne.

But they are again without key men Harry Sharman – who scored a try in the reverse fixture – and James West. They are both deemed unavailable.

Nottinghamshire have only lost five of their 17 league games this season and are just four points off top spot. Ominously, nobody has scored more points than them this season.