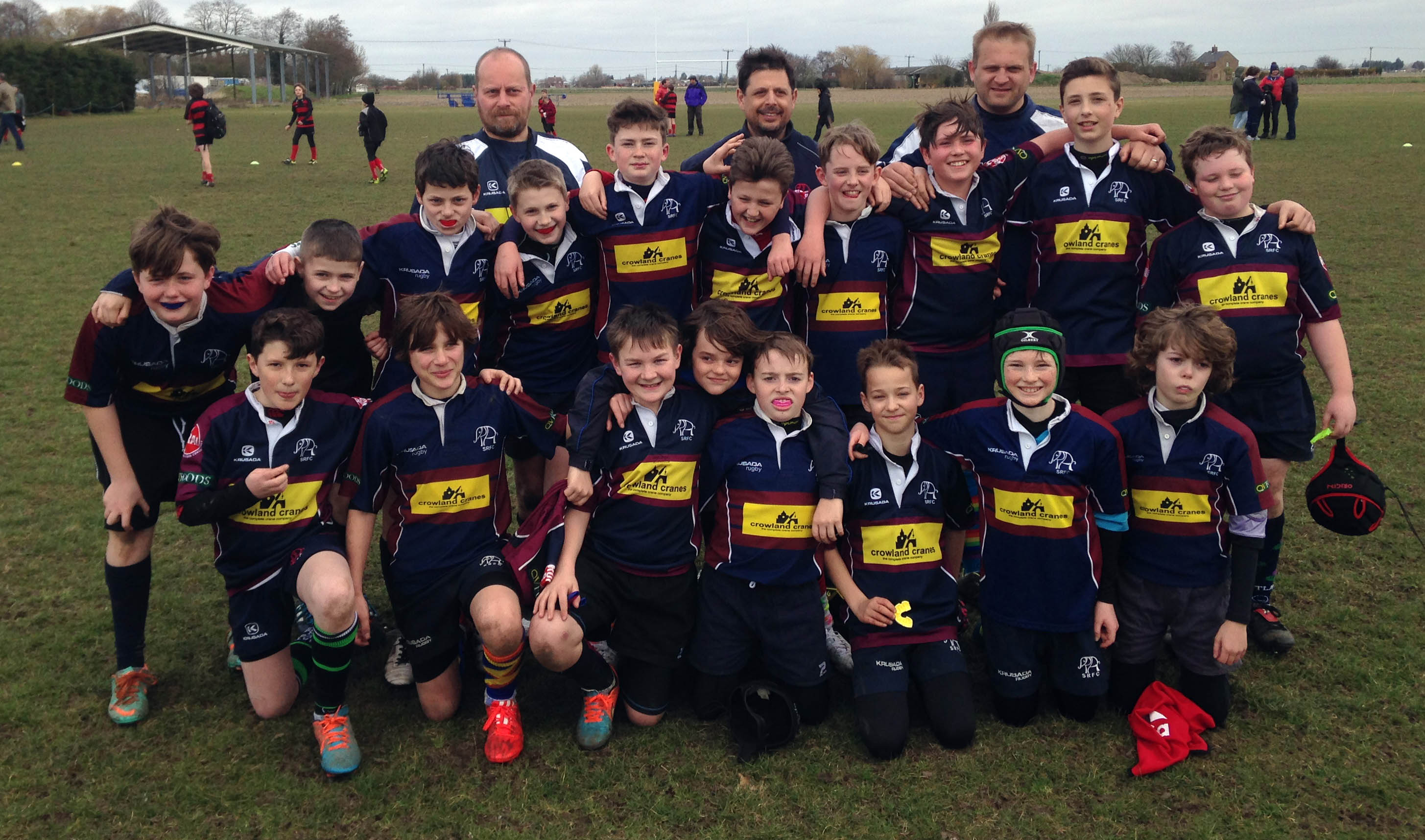 YOUNG GUNS: A selection of Spalding RFC’s talented young players are pictured before their clashes with Sleaford.

A host of Spalding RFC’s future stars were in action on Sunday as five of the club’s junior teams took on sides from Sleaford at Tyrrell’s Yard.

Town’s under-7s, under-8s, under-9s, under-10s and under-12s were all doing battle, with great performances produced across the board.

Spalding’s under-9s continue to dominate their age group and produced another cracking display.

So far this season they have gone undefeated, with all of the squad playing their part in what is a difficult league. They won all five of their group games on Sunday.

The under-10s, meanwhile, continued their fine form with a solid display that earned a well-deserved victory against a good Sleaford side.

Elsewhere, Spalding’s under-12s came up against a very well-organised Sleaford team, who liked to get the ball out to the wing fast.

The first game between the two was very tight, resulting in a one try to nil victory for the visitors.

However, just before the second game started the Town coaches got the boys a bit more on their toes. Although Sleaford scored a quick try against the run of play, the forwards definitely came into their own in this game.

Some exceptional play and scrummaging resulted in quick balls being played out to the wing, which set up Angus Bell for two excellent tries.