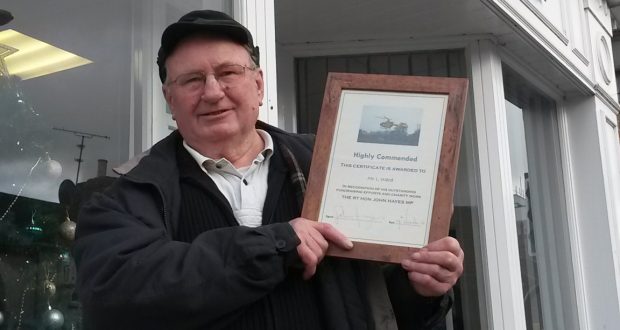 Les Ward picking up an award for his fundraising efforts from outside the former Spalding Voice offices.

Thanks for saving my life

A Holbeach man who has raised thousands for local charities has thanked those who helped save his own life recently – including buying one person a washing machine.

She alerted the ambulance and the police, with officers PC Chris Quinlan and Special Sergeant Steve Harrington having to break into Les’s home so ambulance staff could treat him.

Thanks to them and the staff at Boston’s Pilgrim Hospital, Les is now very much on the road to recovery.

And he wanted to personally thank them all, having even brought Brenda a new washing machine for her efforts.

“I can’t thank all them enough as without them I might not be alive,” said Les who has for a number of years put on fundraising events, particularly for the Lincolnshire and Nottinhamshire Air Ambulance.

“I couldn’t wish for more from any of them.

“Brenda was the one who raised the alarm and I’d like to thank the police who broke into my house.

“The ambulance staff were brilliant too and all of the staff at Pilgrim are very, very good.”

On buying Brenda the washing machine, Les said: “Well I knew Brenda needed a new one so I rang Tonwood and paid for it.” 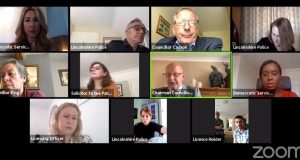 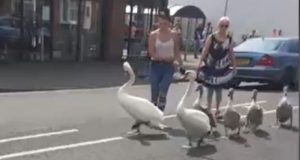 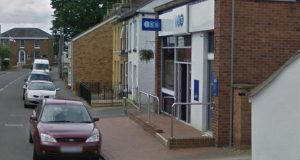