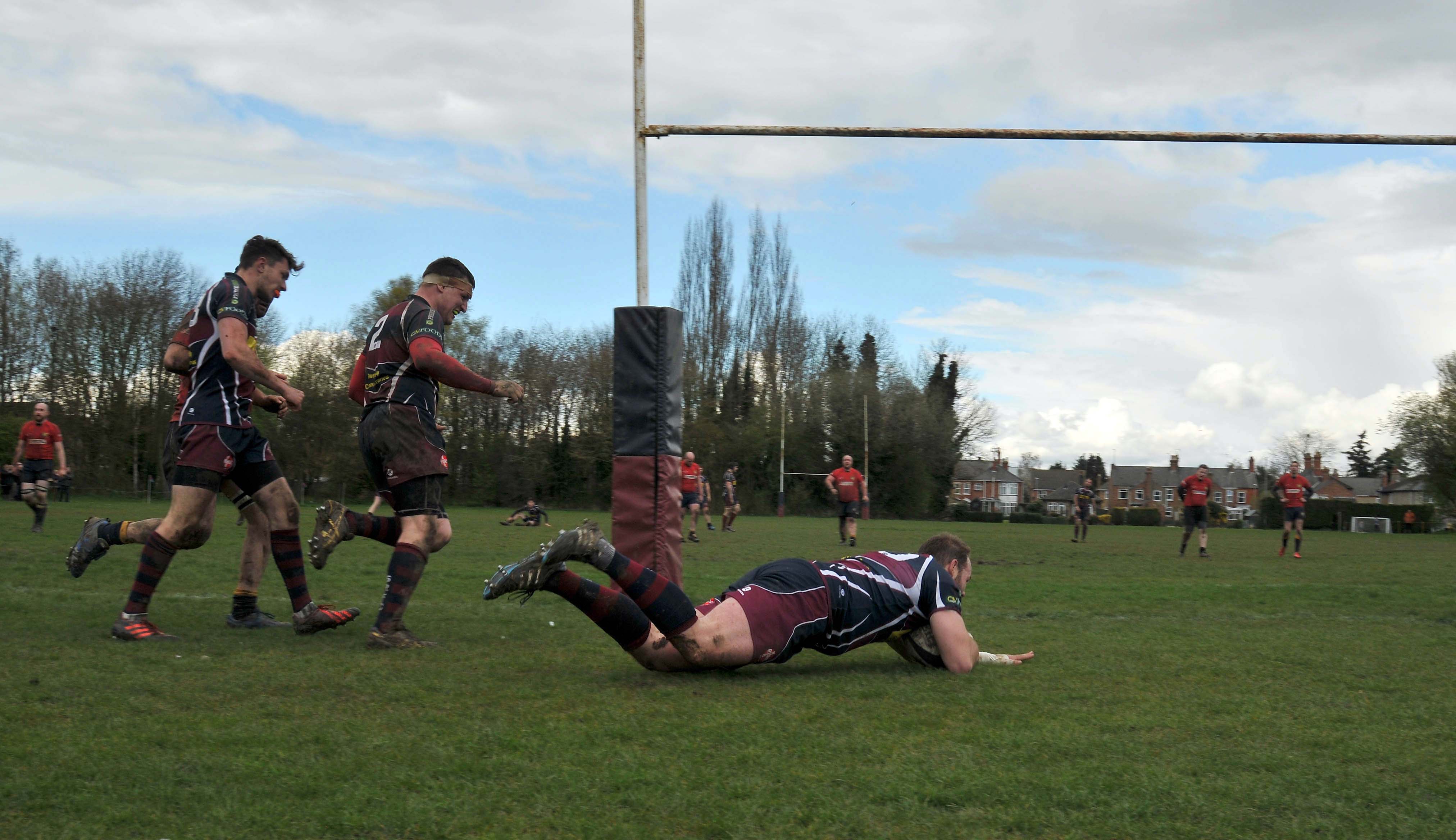 ONE OF MANY: Skipper Sam Cooke (middle) leads the celebrations as Spalding RFC's Harry Brown touches down a try. Photo by ADRIAN SMITH

Scintillating Spalding RFC saved their best performance of the Midlands Two East (North) season for last as they crushed Coalville 66-7 on Saturday to end any lingering fears of relegation.

Town ran in ten tries in the Memorial Field romp – with an amazing eight of them coming in the second half – to ensure they finished a tough season in a very respectable ninth place.

Having ensured that they’d not finish in the bottom two the previous week, this victory secured the Elephants a place outside of the bottom three and 100 per cent guarantees their place in the division next season.

Skipper Sam Cooke, who helped himself to two tries on the day, was over the moon with his team-mates.

He said: “We had heard a few whispers that the bottom three could be in danger of going down, so we knew we had to make sure we weren’t in any danger.

“Everything just clicked. It was our best return in terms of points this season and certainly one of our best performances.

“We’ve found great cohesion in the squad over the past few weeks and almost don’t want the season to end now.

“The atmosphere has been great and we’ve really stepped it up a notch when it mattered at the end.

“We’ll now enjoy a little break before pre-season and aim to be much stronger next time around.” 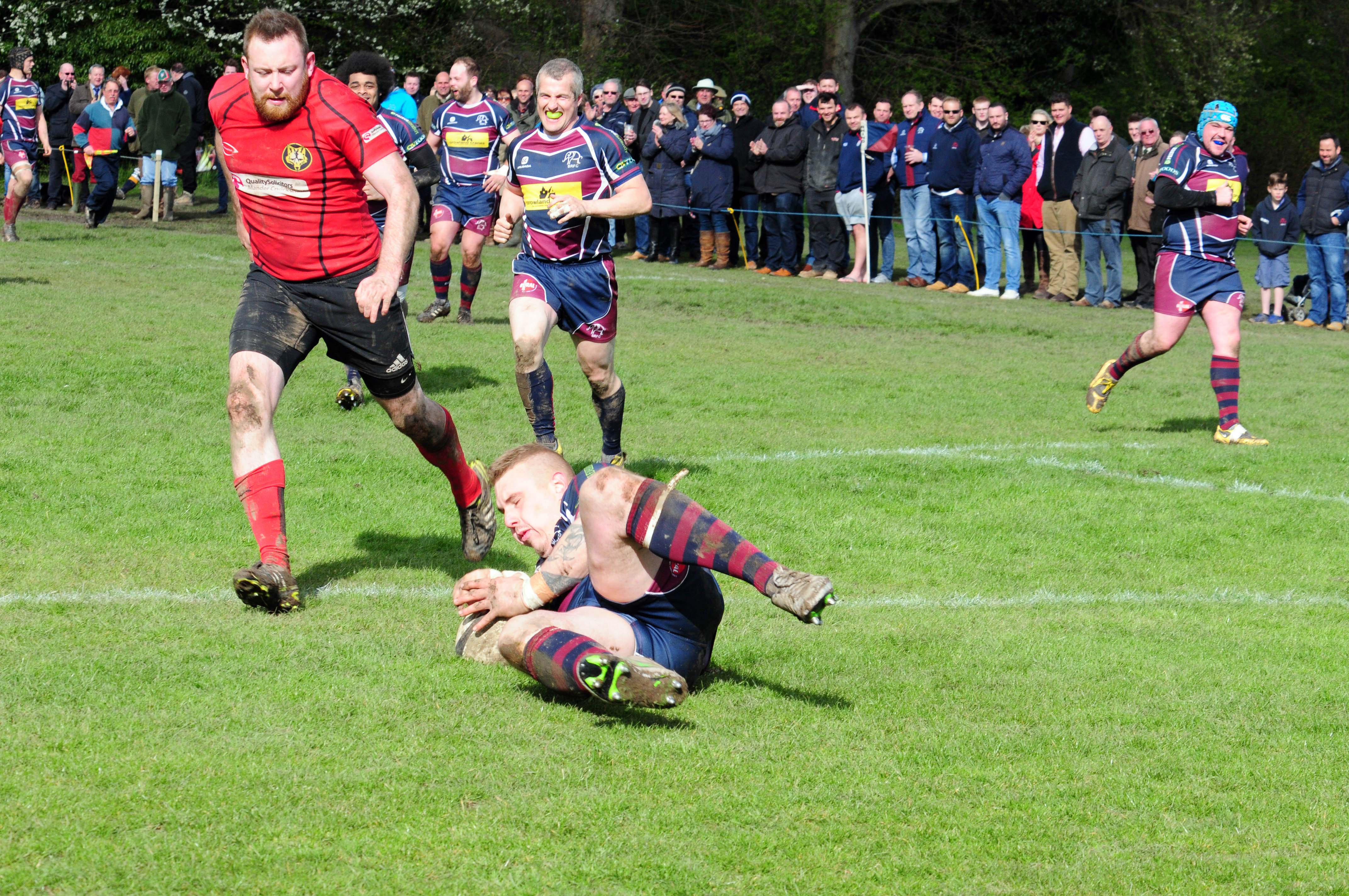 GET IN! Town touch down one of their ten tries. Photo by ADRIAN SMITH

The first half served as the calm before the storm, with the two sides evenly matched in front of a sizeable crowd on the last day of the season.

Inside centre Adam McHugh, who was a constant threat, grabbed the opening try for Town before supplying the second for Harry Sharman.

Harry Harrison converted both scores for a 14-0 lead, but Coalville hit back with a converted score of their own to keep themselves alive.

There was to be no stopping Spalding in the second period, though.

Straight from the restart Harrison raced down the left wing to score under the posts, leaving himself a simple conversion.

Josh Finch then added try number four, which Harrison again converted, before Cooke crashed over for his first score of the day. The on-song Harrison kicked the extra points once more to make it 35-7 to Town.

A strong run from Ash Piccaver then allowed Sharman to cross the whitewash for his second score, with Harrison and Cooke following suit soon after to take Spalding past the 50-point mark.

Despite Sharman being forced to spend ten minutes in the sin bin, Mikey Watts (who converted his own score) and Harry Brown crashed over for the final two tries to complete an amazing performance.

Town will now enjoy some time off before pre-season begins in June.