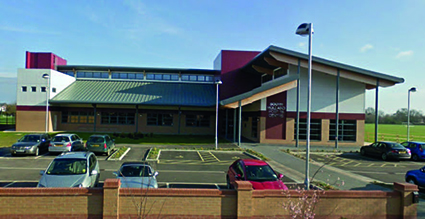 Staff have been recruited by a new academy which was to open in September, but has been delayed.

The Springwell Academy Trust was aiming to open a centre in Spalding for pupils excluded from elsewhere.

The former post-16 centre at Matmore Gate is being converted to accommodate the students.

But delays by the Department of Education mean students are being taught in temporary accommodation in Boston, according to a county council report.

“Increased costs have resulted from crisis management such as this, and while Lincolnshire County Council has been assured these will be met in full by the DfE, the impact on learners cannot be compensated,” says the report which is due to go before members of the Lincolnshire Schools’ Forum which meets on Thursday.

The trust also has centres at Grantham, Lincoln and Mablethorpe where work is under way.

“The figures suggest that the ambitious goal of a zero exclusion Lincolnshire remains a work in progress,” the report says.

“Despite these challenges, Springwell has worked with the local authority to deliver the Ladder of
Intervention and this has been instrumental in driving down the rate of permanent exclusion of pupils from Lincolnshire schools.”

The Spalding academy was at the centre of residents’ uproar and public consultation was extended as a
result.

Wellspring is using the former post-16 centre in Matmore Gate, in the grounds of Spalding Academy, but there were no planned consultation events in the town.

An event was organised in the town later and concerns raised about the potential for traffic issues at the site along with security.

The academy trust said it would work with the county council to negate potential issues in the area.