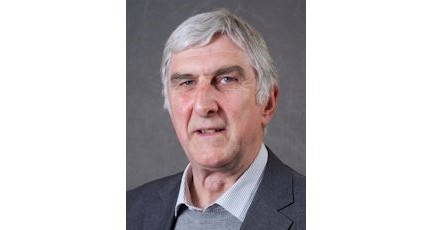 South Holland District Council is putting its share of the council tax up by 2.83 per cent – but says that will all go to the area’s drainage boards while it is still looking to save half a million pounds.

The increase will amount to £4.95 a year for a Band D property but the authority’s portfolio holder for finance, Peter Coupland told it’s Cabinet at a special budget meeting on Tuesday, that was due to local drainage boards asking for a six per cent increase in their share.

“The council tax rise works out at 10p a week and will be absolved straight to the drainage boards,” he said.

SHDC is still looking to make savings of £505,000 amid significant increased costs including how much it pays a private accommodator to house the homeless and the wage bill for waste services having increased.

The meeting was told that rise, costing £200,000 a year, was part of the council’s bid to ensure it kept hold of its staff and kept bin collections going amid the current nationwide shortage of lorry drivers.

Coun Roger Gambba-Jones said: “The market forces are being impacted by shortages nationally and we needed to address that.

“The council has experienced a significant impact. £200,000 is no small figure for a council of our size. I appreciate that and it had made the difference.

“Many councils have experienced significant problems, not just through COVID, but through shortages of people on general terms, but that’s not something we’ve experienced.

“All of our services have been delivered and the extra.

“That’s in short partly because we’ve acknowledged the need to uplift the wages and appreciate the services.”

Coun Coupland added: “I know there was a point in the past few months where we might have had to stop recycling to make sure we collected black bags, but that didn’t happen.

“That’s a credit to Coun Gambba-Jones and the staff.“The effort and loyalty was there to ensure we kept a significant service.”

An increase on the rent SHDC tenants pay of the rate of inflation plus one per cent has also been proposed, the meeting heard, with a proposed increase spend on maintenance of properties listed in the Medium Term Financial Strategy as moving from £3.4m in the next financial year to £3.7m in 25/26 attributed to a backlog of works due to COVID-19.

Coun Christine Lawton said: “It’s regrettable to see the cost of repairs and maintenance going up by a significant sum but it’s absolutely essential we do.

“People might say we should cut back on maintenance but that would be a mistake as it’s important to maintain our excellent homes to the highest standards.”

What the council has received from the government has increased from what was expected, including £1.18m from the New Homes Bonus, but its vice-chairman Nick Worth issued a warning about the future.

He said: “It’s a very good budget, a pretty tight one in pretty difficult times.

“When I first started, the main source of revenue funding was from central government and that goes down to nought next year which will have a significant impact. It would be helpful if they were to give us a three or four-year idea of what we’re going to get because it’s very difficult when you have to do it year on year and there’s uncertainty about what you may or may not get.”