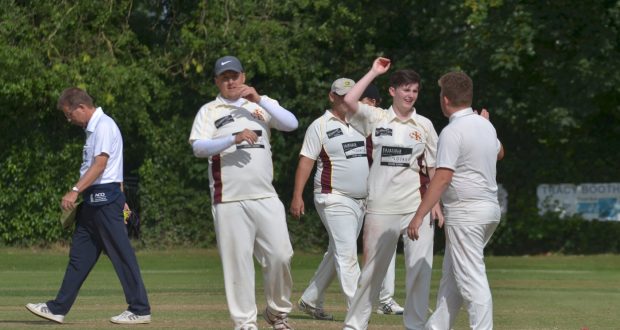 Sutton are starting to pull clear of chasing pack

Long Sutton continue to pull clear of the promotion chasing pack in Division One of the South Lincs Border League after a 73-run win over Boston 3rd on Saturday.

Phil Barnes’ side and current table-toppers Welby are moving away from third-placed Baston after another tidy success at the weekend.

Opener Adam Wright led the Sutton batting after Boston had won the toss and elected to field.

Sutton’s bowlers kept the Boston batsmen under control in their reply as Dan Oldfield conceded just eight runs from a six over spell.

Despite the Boston top order of Peter Ward (24) and Sean Barnett (18) showing promise, the majority of the home batsmen failed to make an impact.

Steven Milnes picked up three crucial mid-order wickets and, despite Liam Bent (10) and Charlie Ward (19) rallying late on, Boston were eventually dismissed for 108.

Long Sutton 2nd were unable to halt Heckington’s charge towards honours in Division Two after a seven-wicket home defeat.
After being put into bat by their visitors, Sutton were dismissed for 114 with only two batsmen making double figures.

Calvin Bird bashed eight fours and a six in his 55 while Craig Milnes hit five boundaries in an unbeaten 30 not out.

Milnes, however eventually ran out of partners as Liam Probert led the Heckington bowling attack with a four wicket haul.

Heckington reached their target for the loss of just three wickets with Wayne Harley (42) and Pritesh Patel (40no) spearheading their charge to victory.

Spalding 2nd suffered a heavy nine-wicket home defeat against Premier Division table-toppers Billingborough on Saturday.
They were bowled out for 129 by a Billingborough side who lost just one wicket passing their victory target. They are now 11 points clear of second-placed Skegness.