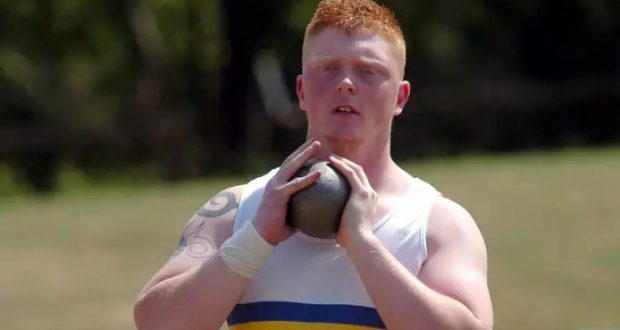 The 18 year-old, who is the grand-daughter of Harriers founder member Ray Church, threw a distance of 10.39m and was only beaten by an Olympic medallist.

Church competes in the F12 category for visually impaired athletes, and is a key member of the Nene Valley track and field team in the Southern League and the UK Women’s League.

The talented thrower is currently studying for a sports science based qualification, and if she is successful could end up based at Loughborough, the home of British Para Athletics.

Ranked British number one in the F12 category at both discus and shot, Church may one day realise her dream of becoming an Olympian herself. 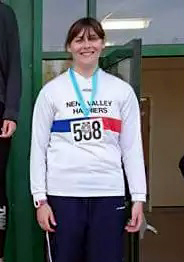 The England Athletics Senior Championship also took place as part of the meeting and Nene Valley shot-putters Becki Hall and Martin Tinkler were in action.

Hall finished as seventh lady with a throw of 12.66m, while Tinkler went one better in the men’s competition throwing 14.62m for sixth place.

Sadly Davey was unable to repeat this form in the semi-final, and was eliminated after running a disappointing 50.30secs.

Bell is a former organiser of the event. He was beaten by two Werrington Joggers, led by Jeff Lucas who was ninth in 1.01.39hrs and Dan Mcdonald in 17th place with a 1.03.30hrs clocking.