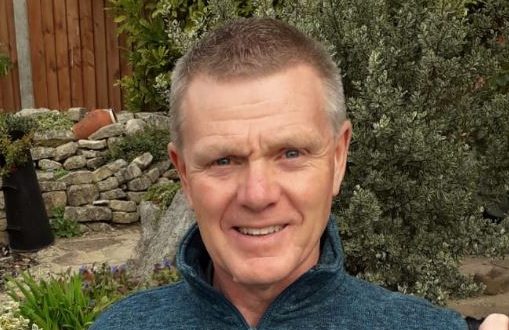 A retired Crowland man is reaching new horizons himself by landing a publishing deal.

Steve Borrett is releasing New Horizons – A Mayson Edmunson Adventure under the pseudonym SteVie May on September 30.

The 62-year-old says he always harboured thoughts of writing a book but didn’t have the time until retiring from working in government services.

The book takes on two storylines. One involved Mayson Edmundson travels through space attempting to avoid a race of reptilian humanoids. The other tells of a group of Year Seven pupils enjoying the sights and sounds of Bury St Edmunds.

Steve said: “It’s primarily a science fiction book but with a twist.

“The book has two separate themes – odd numbered chapters are science fiction and even numbered are tales of a group of Year Seven pupils.

“The two themes may, or indeed may not, be linked.

“The inspiration came from my interest in space exploration and the cosmos and general and humorous literature and from authors such as, but not exclusively Douglas Adams, Philip K Dick and Richmal Crompton.

“But also from the exploits of my children and grandchildren as they grew up and from the experiences of teachers currently teaching science at local schools – there was and still is an abundance of material that found its way into the book, some serious, some hilarious.”

Steve is married to Marion, has a son, daughter, two step-children and nine grandchildren including Evie-May who is the inspiration for his pen name.

He also enjoys fishing and writes the Tydd St Giles Angling Club reports for The Voice.

He continued: “I feel really excited to be a published author and hope that readers enjoy it as much as I did writing it but I also feel a sense of achievement that, with the help of Austin Macauley Publishers, I have been able to get my ideas to print.

“I already have some thoughts and plans for a second novel but will take stock of any feedback first. I’m also very pleased to have been approached to small groups of pupils in schools with a view to inspiring them to read more and maybe consider creative writing.”

New Horizons is set to be available in Waterstones, WH Smiths and Foyles stores in the UK as well as available worldwide from Amazon and The Book Depository. It is available in paperback (£10.99), hardback (£12.99) and as an ebook (£3.50).