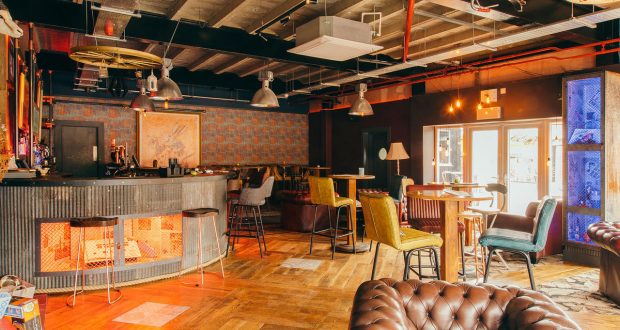 Staff heartbroken after break in at Imaginarium bar

Staff at the Imaginarium cocktail bar on Westlode Street in Spalding are picking up the pieces following a burglary on Sunday evening.

The bar was broken into and subsequently bottles of alcohol valued of up to £1,000 were taken.

Lucy Smith, manager of the site said “It is gutting to see the damage caused to our bar.

“We are working harder than ever to ensure our doors stay open and our staff remain employed through COVID, made harder already by the recent curfew.

“Our revenue has been clearly and significantly hit in this burglary, and this is yet another thing that we have to try and recover from.

“It is heart breaking!”

Extensive damage was caused to glass doors in order for access to be made to the bar, before the site was attended and made secure by owners.

The bar owners confirmed that repairs are underway and the site will be back up and running as normal from 5pm this Friday.

A spokesman for the company said “This is not the first time that one of our Spalding venues has suffered from crime, and unfortunately it is clear that these occurrences are far more frequent during curfew.

“The site was broken into at a time that the site previously would have been trading!

“Thanks to our CCTV system inside and outside the venue, excellent quality images of the perpetrator have been handed to the Police.

“Whilst we are not hopeful of recovering our losses, at least strong evidence may help towards a prosecution and therefore reduce the chances of this happening to other small local businesses.”

A spokesman for Lincolnshire Police, said: “We are investigating a burglary at a premises in Westlode Street.

“It was reported to have happened sometime overnight on October 12. A quantity of alcohol was taken.”

Any information that the public has on the matter should be reported to the police on 101 quoting incident 108 of 13/10.