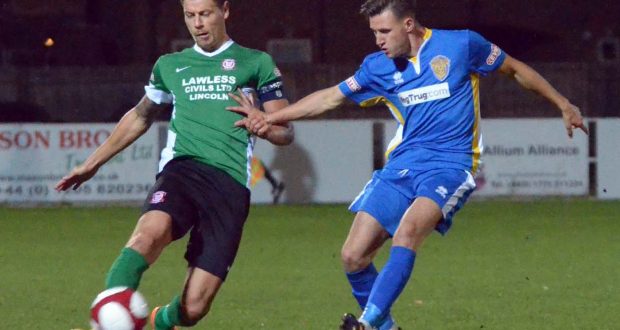 Spalding United to launch new under-18 Elite Development side

Spalding United have announced that they are launching an under-18s Elite Development side in the 2018/19 season.

An application has gone in to enter a proposed suitable league for the team, alonsgide playing in the FA Youth Cup.

The move further enhances Spalding’s plan – which is backed and supported by the board and first team manager Chris Rawlinson, to find and develop the best local players that are ultimately capable of playing for the Tulips’ first team.

It follows on from the success so far this season of the under-21s Elite Development side, which has already seen eight players sign first team forms and be involved in the squad on occasion.

Current under-21 manager Lewis Thorogood said: “It gives me great pleasure to announce the launch of the under-18s Elite Development side and to continue to build the development pathway of players from under-18s, though to under-21s and indeed the end goal of representing the first team.

“Chris (Rawlinson) is fully supportive and indeed keen to develop this initiative. With his support and the structure working together we feel we can produce, as we are starting to, the best local players possible for Spalding United.”

The first open trials for the under-18s will take place on Sunday, April 8.

Trialist applications are now open and can be sent to Thorogood via email at lewisthorogood@spaldingunited.net.