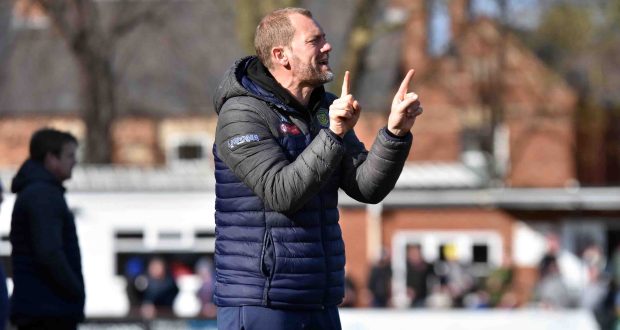 Spalding United have been handed two home draws in the Lincs FA Senior Cup – including the sizeable carrot of hosting Boston United in round two.

The Tulips, who will again play in the Pitching In NPL Midlands Division next season, have been drawn to play Grimsby Borough at the Sir Halley Stewart Playing Field in round one.

Should Brett Whaley’s side prevail, they will host National League North side Boston United in a plum draw, again at the Sir Halley.

No dates have been announced for either game yet, but the tournament has become a pre-season affair in recent seasons and the Tulips expect to build the fixtures into their schedule, which is not yet complete.

Indeed, Spalding – who have signed Corby Town duo James Clifton and Elliot Sandy so far this summer – are looking for pre-season fixtures on July 9 and 18 (both away) and July 22 (home).

If any clubs have these dates available they are asked to contact the club secretary by emailing secretary@spaldingunited.net or visiting the club’s website.