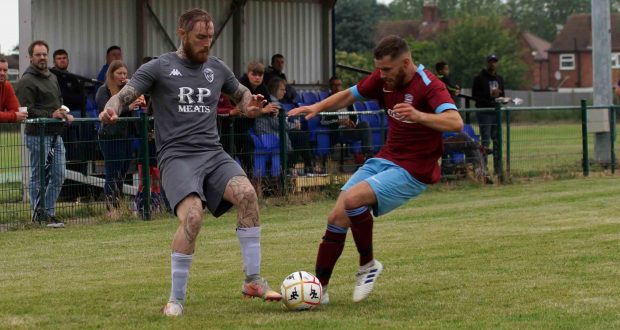 Spalding United are set for their first competitive game of the new season as they welcome Grimsby Town to the Sir Halley Stewart Playing Field on Saturday (3pm).

The showdown is in the Lincolnshire Senior Cup clash on July 17 (3pm) and you can book tickets for the game on the Tulips’ official website, with adults £6, concessions £3, children £1 and under-11s free.

The Tulips warmed up for the clash with the National League side by drawing 2-2 at Skegness Town on Saturday, with Marcus Maddison and Jordan Macleod getting the goals.

A 3-1 defeat at Stavely MWFC followed on Tuesday night despite a Nathan Stainfield goal.

“I can’t fault the effort and undoubted quality in the squad was on show.

“Plenty to work on but very pleased. Now onto Grimsby in the cup.”

Meanwhile, Spalding will enter at the preliminary round stage of the FA Cup and will travel to either Brantham Athletic or Gorleston.

In the FA Trophy, the Tulips have been drawn at home to Northern Premier League rivals Belper in the second qualifying round on Saturday, October 9.