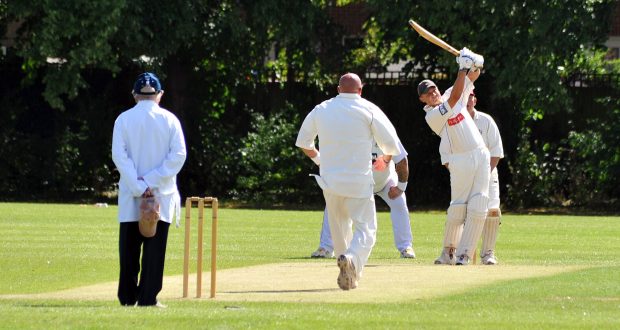 Spalding Town’s winning run in the Lincs ECB Premier Division ground to a halt on Saturday as Bourne handed them a five-wicket reverse.

After impressing with the bat in their back-to-back wins over Alford and Louth, Town faltered at the Abbey Lawn and were dismissed for just 155 in 47.2 overs.

To their credit, the Spalding bowlers gave the notoriously strong Bourne batting line-up a severe test in their reply, but they reached 159-5 in 36.1 overs to clinch maximum points.

Knowing that a win could move them into the top six, Spalding travelled without star batsman Josh Newton and skipper Rob Ambrose.

Nel was next to go as Cheer castled his stumps, leaving Spalding in deep trouble.

However, Chris Dring –called into the first team after some stellar showings in the second side – helped push Town into three figures with a 41-ball 48, which included eight fours and a six.

Josh Lawrence (6) kept him company for 28 balls before falling to Jack Berry (2-36), but the score moved on to 110-5 before Dring became Berry’s second victim.

Chasing that total was never likely to be a problem for Bourne – but Spalding did make them work for their points.

Dan Milgate (3-65) eventually got Evision LBW, before getting the prized wicket of captain Peter Morgan for a three-ball duck.

Aussie ace Milgate then snared Carl Wilson (4) a few balls later to leave Bourne with work to do on 70-4, but Quewin O’Connor (35 out) joined Temple at the crease and the pair added 44 for the fifth wicket.

Miles eventually bowled Temple to end his 99-ball stay, but Rob Bentley (22 not out) and O’Connor eased the hosts home.