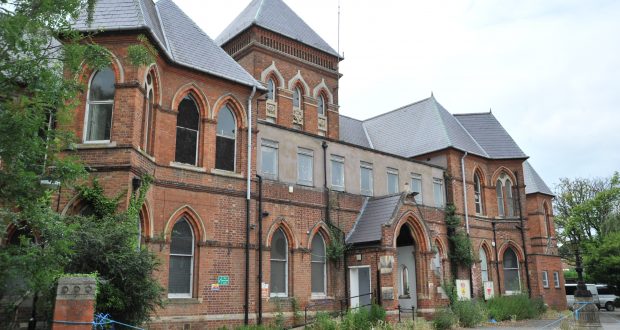 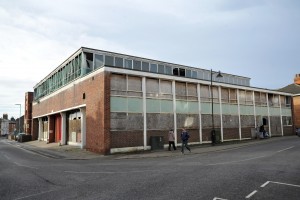 These two buildings in Spalding town centre are of contrasting construction and history. But they have common ground – both are dreadful eyesores owned by the same company.

The listed Old Johnson Hospital in Priory Road is a decaying, unsightly mess. Its facade of broken windows and overgrown greenery gives no hint as to the joy part of the building once gave as the town’s maternity unit.

Just around the corner in The Crescent is the former Royal Mail sorting office. It too has deteriorated badly.
Planning consent granted in 2011 for demolition and 12 new flats expired in 2014.

The owner of both properties is Dyden Ltd, a company registered in the British Virgin Islands. It paid £180,000 for the old hospital site and £312,500 for the former sorting office. The firm has not responded to requests to contact The Voice.

Spalding and District Civic Society officer John Charlesworth is particularly upset to see the decline of the old hospital site.
“It’s lamentable,” he said. “Whenever I’m accompanying visitors around town, I’m highly ashamed to go past there.

“I wouldn’t want to see it left to decay so much that demolition is the only option.
“That is what the council did with Holyrood House. The civic society was borne out of that situation.”

Ironically, the site is directly opposite the headquarters of South Holland District Council, which has an ongoing Pride in South Holland campaign to tackle such eyesores. In November 2014, it spent £13,000 tidying up the Bull and Monkie site in Churchgate and then invoiced Crispen Holdings Ltd, another offshore owner. The bill was never paid.

Mr Charlesworth added: “What we would like is for the council to use the umpteen brownfield sites that should be used for housing development, such as the Welland Hospital site and Bettinson’s Garage site – but instead they decide to build on Severn Road Playing Field.”