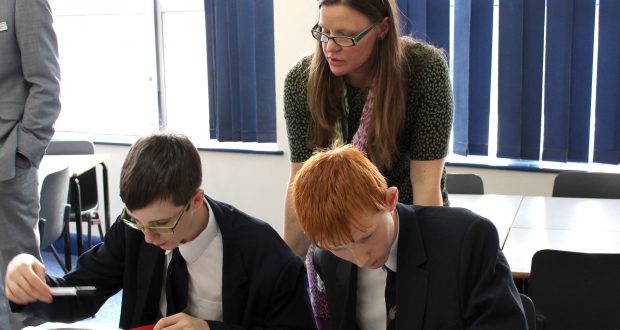 Head of Languages, Ms Dungarwalla, said she prepared a playlist of modern French, German and Spanish music to be played before school and during break time.

Lots of pupils opted for extra learning in their lunch hour. “The uptake for the Modern Greek and Polish language taster classes which ran at lunchtime was excellent and those who participated learnt numbers, pronunciation and basic questions and answers in both languages,” said Miss Dungarwalla. Ms McPherson taught Modern Greek and year 10 pupil Wojciech Such taught Polish.

In the canteen, spaghetti, pain au chocolate, Schnitzel, Bratwurst was on offer.

Ms Dungarwalla said a school-wide Why Learn Languages essay competition was launched and she has recieved entries written in English, German, French, Spanish and Danish.

A few days after the European Day of Languages celebrations, two speakers visited the school to give talks to year 10 pupils.

These were an export sales administrator who speaks Italian, French, German, Spanish and English, and an ex-RAF serviceman who speaks four languages and worked with MI5, MI6, and President Obama, said Ms Dungarwalla. 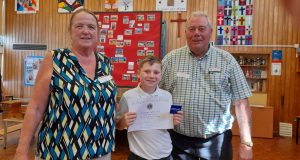