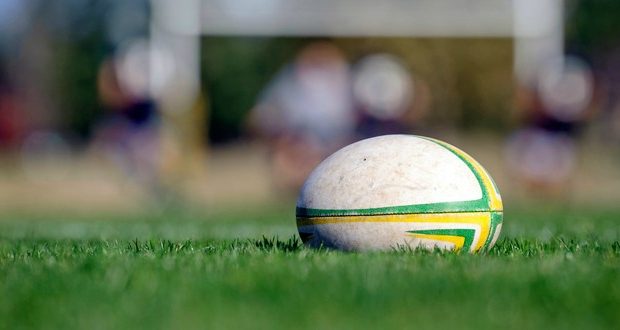 Spalding RFC’s fine form in cup competition continued on Thursday night as they won 25-22 at rivals Kesteven to reach the NLD Shield semi-finals.

In a match played under the lights on Halloween, Town led 15-12 at the break and refused to cave under pressure in the second period at a venue they’ve not had much luck at in recent years.

The Elephants have already reached the fourth round of the RFU National Senior Vase and are still in the Lincs Cup – which has boosted squad morale after a tough start to the Midlands Three (East) season.

Spalding were, however, rocked during the warm-up when lock Conor Lilburn suffered a broken bone in his foot. With a reshuffled pack, they started brightly and took the game to the home team, but conceded a penalty within the first five minutes (which sailed wide of the posts).

Kesteven were soon exerting pressure in the scrums and they used this advantage to good effect as they spread the ball wide to their right wing to open the scoring in the corner.

But, with Town flankers Liam Adams and Jack Patrick starting to show their pace in breakdown areas, good possession was starting to be won. Sure enough, number eight Ryan Chappell twisted and turned out of a couple of tackles and went over the try line to level the scores.

Within minutes lock Macaule Crane had a big carry, gaining 15 metres and set-up a ruck deep in Kesteven’s 22 metre area.

Kesteven infringed and the referee played a penalty advantage as scrum-half Wilson Crowson fizzed the ball out to the backs. The ball ended up with lock Jason Steels to squeeze over the try line by the corner flag.

Disaster struck five minutes from half time, though, as back chat to the referee, followed by a knock on in front of their posts, cost Spalding dearly.

With the advantage of a dominant scrum, Kesteven scored under the posts to take the lead by two points.

From the restart, the Elephants worked their way upfield with Chappell and John Barrett prominent with good carries.

A penalty conceded by Kesteven saw Spalding kick for touch and, with Patrick winning lineout possession, the backs moved the ball out left winger Callum Lewis to score in the corner.

The start of the second half saw both teams looking to move the ball around, but it was Kesteven who were pressing and full-back Conall Mason was called upon to put in a couple of decisive last man tackles, while debutant right winger George Fowler was also showing his strength in the tackle.

But a ‘no arms’ contact by Harry Cole meant he took a ten-minute sin bin, with Kesteven kicking the penalty.

Harry Sharman then replaced Crane and Spalding also rearranged their backs with Mason up to fly-half, Willis Ingleby moving to outside centre and Taylor Crowson going to full-back.

It was the latter two featuring in the next try, as Ingleby threw a pass out to Crowson between his legs.

With unexpected space created, Crowson was over the line to restore a five-point advantage.

From the restart, Steels stole possession and immediately made ground.

An inside pass to Patrick saw him outpace Kesteven’s defence to score a brilliant try and establish a ten-point lead with 20 minutes remaining.

The hosts rallied, using their forwards to gain territory and Spalding were penalised again at the scrum.

Kesteven then kicked across the pitch to their left winger, who gathered and scored; and with a successful conversion, Town’s lead had been reduced to three points.

The home team went looking for a winning try and had Spalding pinned back in their half for the final quarter of an hour, with fly half Mason managing the situation with some good relieving kicks as they held on to progress.

Town are back in league action on Saturday when they hosts Rushden and Higham at the Memorial Field (2.15pm kick off).