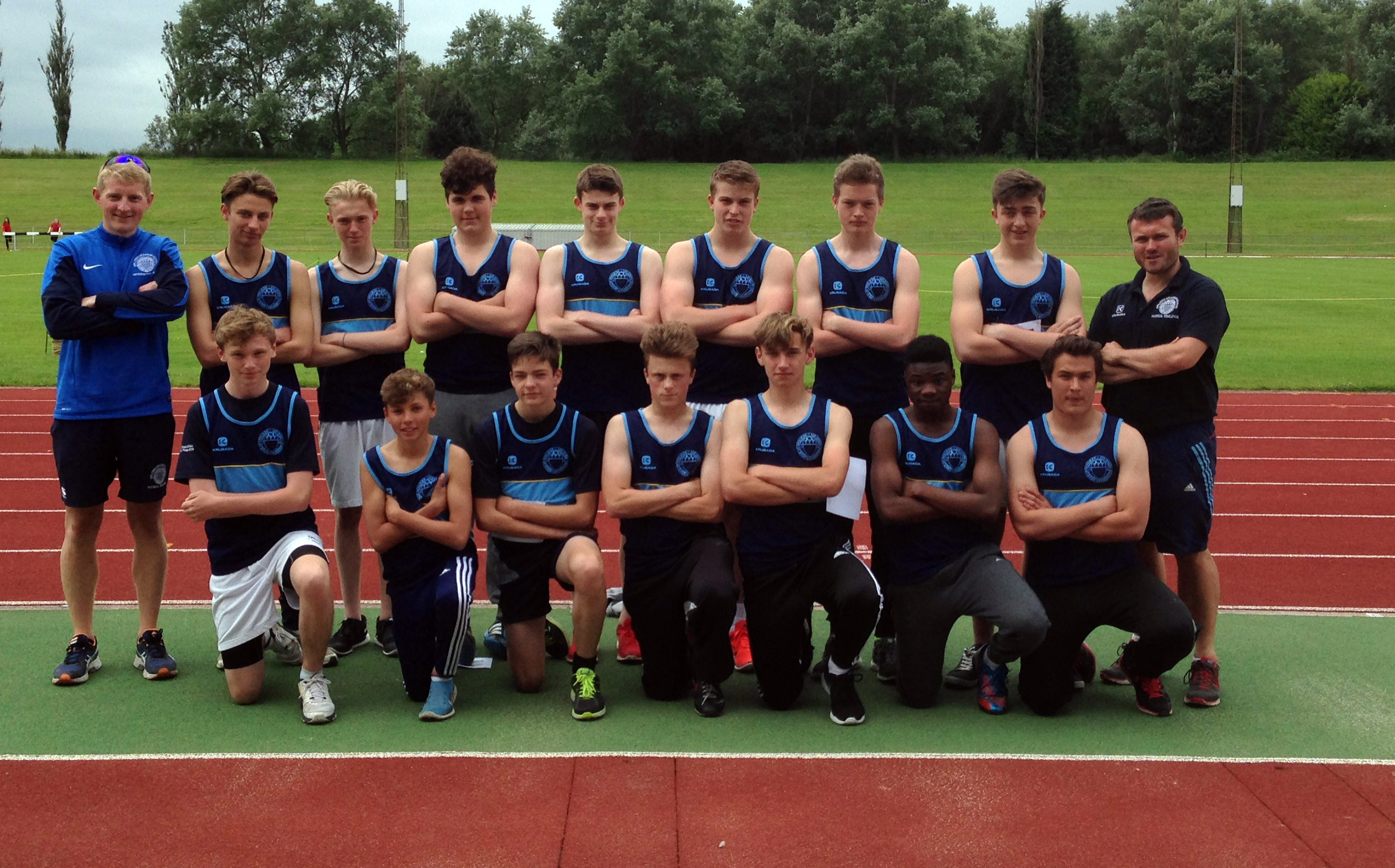 The junior team (school year seven and eight) competed in the Regional B final at against schools from Lincolnshire, Nottinghamshire, Derbyshire and West Yorkshire.

There were some outstanding performances with Jack Roffe (46 points), Connor Bell (40) and William Wand (40) all scoring superbly in their two events.

Roffe’s shot put was the stand-out result, with his throw of 11.93m achieving a huge haul of 26 points.

The team achieved an excellent score of 371 points, which was a massive improvement on their first round score of 299.

This put them in second place on the day and highlighted the outstanding progress that the boys have made. That was hammered home during the junior boys’ Regional A final the next day, where the winning score was 374 – a mere three points ahead of the SGS score.

Overall, the group of Spalding students have proven themselves to be the third strongest athletics team in the North Midlands region.

Meanwhile, Spalding’s inter boys (year nine and ten) competed in the Regional A final in Derby.

This was a hugely-competitive event, with only the top eight schools in the region competing.

The Grammar lads went into the meet ranked in fourth position with a score of 408 points, some 42 points behind pace-setters QEGS Ashbourne (450).

The 14 students in this team had trained fantastically well over the previous two months, with many of them attending sessions every lunch-time. This meant that confidence levels were high among the group, as they looked to pull off an unlikely upset.

There were a number of brilliant performances throughout the day, with seven of the team scoring more than 20 points in at least one event.

Encouragingly, there were a number of students who performed well across both of their events. These included Oliver Green (39 points), Manuel Agyemang (39), Jack Baker (43), Charles Hughes (45) and William Hughes (50).

Perhaps the highlight of the day, though, was William Hughes’ performance in the 200m race.

He ran superbly well and clocked a time of 22.7secs – which scored the team a huge 30 points.

At the end of the competition the organisers needed more time to verify the results, so the students had to wait patiently to find out if they had made it through to the national final.

After an agonizing wait, the results eventually came through the following morning – and Spalding found out that they had missed out by a mere 13 points.

The Grammar boys did fantastically well to achieve a score of 456 – an improvement of 48 points on their round one showing.

Unfortunately, QEGS Ashbourne had also improved on their opening score to achieve a winning total of 469 points.

SGS teacher Luke Hedges said: “All of the students can be extremely proud of their efforts in this competition.

“They have developed into strong athletes and it bodes extremely well for next year.

“Next year we will be targeting two Regional A finals and we think that we will have a good chance to reach the national final in at least one of these.”