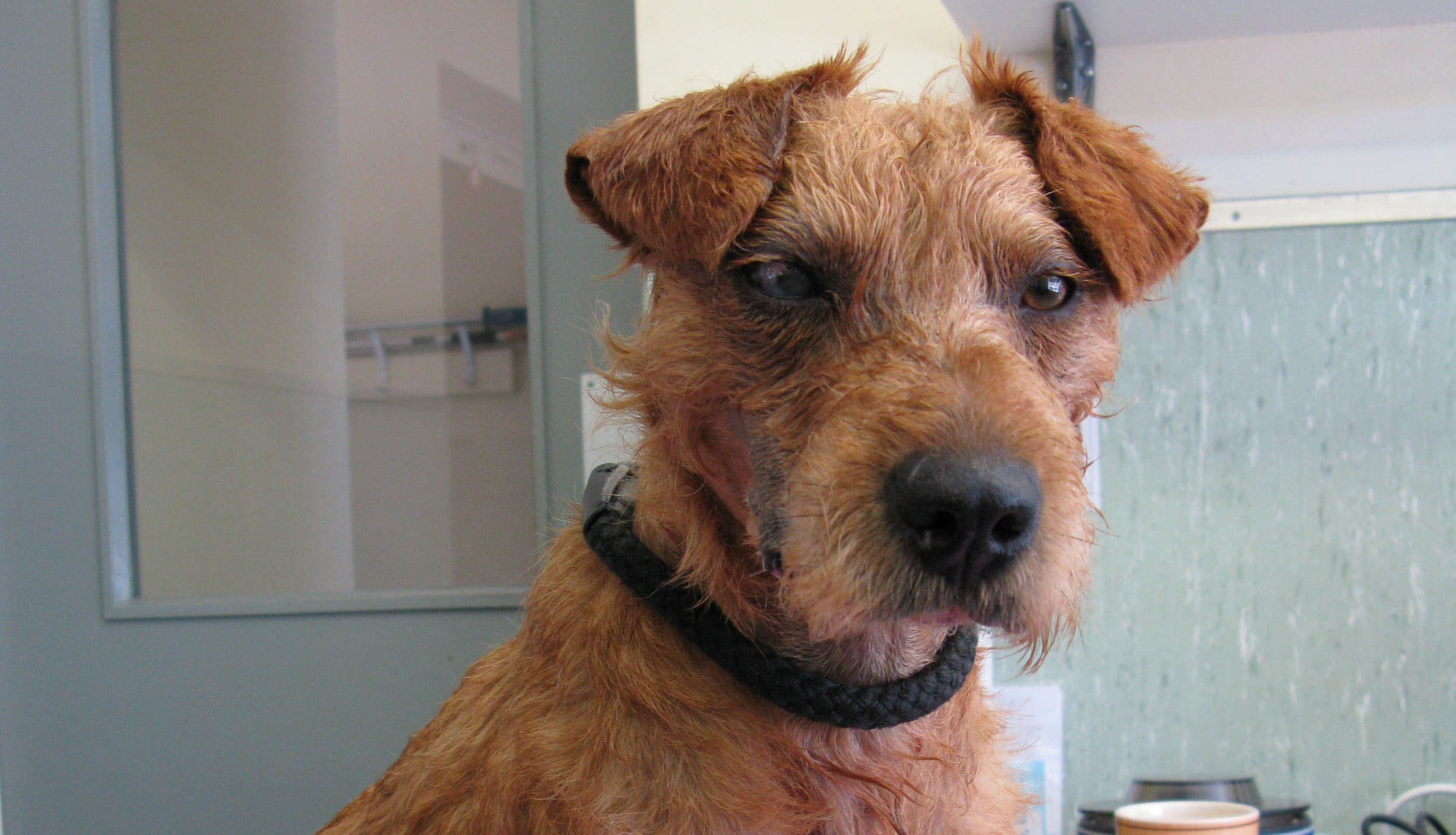 Pepper with a false eyeball after surgery

A Spalding woman’s story in court which sought to blame a mysterious man in a white van for cruelty to a dog was not believed by magistrates.

Charmaine Grogan (25) was found guilty of causing unnecessary suffering to Pepper, a female Patterdale-type terrier, between June 24 and July 2, 2014.

Skegness magistrates heard that Grogan had failed to seek proper veterinary care for the dog after it suffered facial injuries, possibly when it had been used for badger baiting.
Grogan had first told staff at Vet Savers in St Thomas’s Road, Spalding, and then the RSPCA and police that she had fed Pepper at 8pm, cuddled her and put her to bed but found her missing the next morning.
Following a call from a friend, whom she refused to name, Grogan said she found the dog later the same day with its injuries in a field near Baytree Nurseries in Weston and immediately took it to the vets.
But the vet and the RSPCA said the dog’s injury was probably caused up to ten days previously. 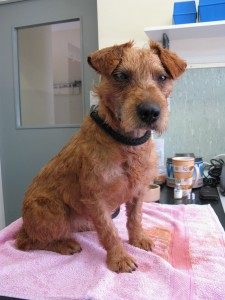 In court Grogan, of Acacia Avenue, changed her story and told how a traveller friend of her partner owned the dog and asked her to take it to the vets and frightened her into agreeing to concoct the story about the dog being hers.
She said she had never owned the dog and had only agreed to take it to the vets in the first place because she loved animals. The traveller, who she refused to name, had been aggressive and it was he who told her to spin the story about Pepper escaping from its Acacia Avenue home and being found injured the next day.

RSPCA Inspector William Rippon said Pepper had a serious injury to her face – skin ripped away from its lower jaw revealing bone and tendons and damage to an eye which would necessitate its removal. He said it appeared the dog had been attacked by another animal, perhaps a badger, in a confined space.

Insp Rippon said when he interviewed Grogan she said she had owned the dog about 18 months and described in detail her daily routine with it saying it was her “baby” and good with children. She said the dog had been kept in a kennel in the back garden and said she had given away the kennel and other items when Insp Rippon visited her address. She said she had done this on the advice of a friend, who she also refused to name, who told her she would not get Pepper back.

He said when he saw the dog at the vets the damaged skin was hanging one to two inches away from the jaw, infected and already beginning to necrose (die) and the first thing he noticed on entering the surgery was the smell of decaying flesh. He said the dog was 85 per cent covered in blood and baked in mud and clay.
He said the dog had been left to suffer an incredible degree of pain. He said it was underweight and ate ravenously after treatment. 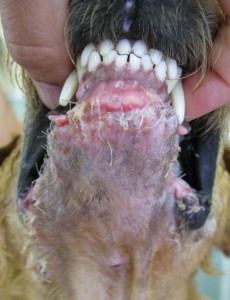 Grogan told the court she met the traveller in his white Transit van outside Jack’s Fish Bar on Holbeach Road, Spalding. The dog was in the back of the van and he drove to the vets in St Thomas’s Road, telling her on the way the elaborate story she was to spin.
She said she spoke to him later when the vets wanted £600 for treatment to Pepper, but the traveller refused to pay, demanding the return of his dog.
Grogan agreed she had told “blatant and elaborate lies” because the man in the white van had been so aggressive.

Her partner, Matthew Dye, of Acacia Avenue, also refused to name the man, who he said had been a friend but could not say where he lived or what he did for a living. He said he did not want to take the consequences which would follow if he named him. He had taken the original phone call, he said, from the traveller friend asking if he knew anyone who would take an injured dog to the vets for him.

“I didn’t want to have anything to do with it but Charmaine said she would do it. I never saw the dog. I hadn’t been told the dog had half its face ripped off because it had been down a badger hole,” he said.

He said he and Grogan had only had one dog, a Chihuahua they had owned for about nine months.

Grogan, who said she also had a pet rat, cat, tortoise, terrapin and fish, said she loved all animals and would never cause one to suffer. Mr Dye told the court she would not have kept Pepper in a kennel in the garden, saying it would be in the bed inside and he would be in the kennel.

Magistrates said she had not been a reliable witness and her version of events had not been credible. Sentence was adjourned to July 14 for a probation report.