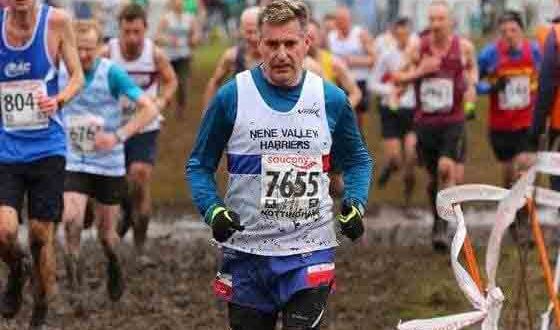 The 55-year old has been competing locally since the 1980s, first for Holbeach AC and then Nene Valley.

He has a 68-minute half marathon to his name and finished second in the Great Eastern Run in 1992.

Sadly for Parkin, his peak years coincided with the best years of British distance running – but he still made the most of his talent, winning many races and running for Lincolnshire on numerous occasions

Now, competing mainly for fun, the Spalding-based physiotherapist has endeared himself with Nene Valley’s younger athletes and often covers in the British and Southern

League middle and long distance events if there is a shortage of speedy youngsters. This has earned him the affectionate nickname of ‘one point Parkin.’

However, the veteran won arguably the biggest prize of his career when finishing third in his age group in the British Masters Half Marathon at Ashbourne, Derbyshire on Sunday.

Parkin was nearly three minutes per mile down on his best half marathon time, covering the hilly course in 1.44.11hrs. 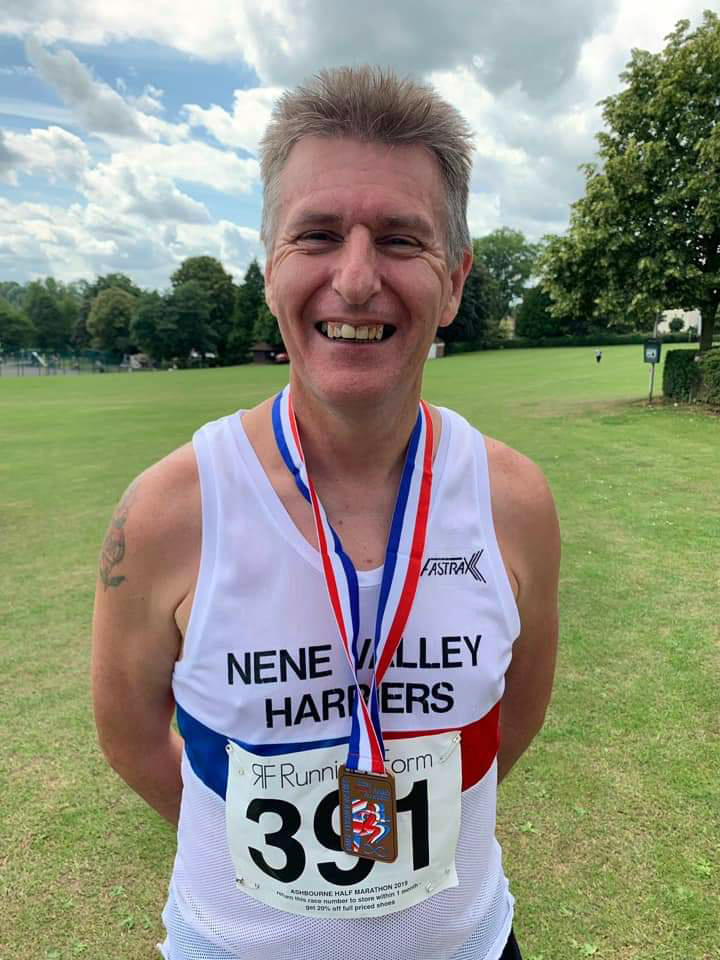 However national medals don’t grow on trees and the overjoyed Harrier reckons that winning bronze was the unexpected but very welcome highlight of his running career.

“The hilly nature of the course really suited me,” said Parkin. “in my younger days I won loads of cross country races. I was at my best, on tough courses, and I’ve always thought this fenman should have been a fell runner, as I always perform better up a hill especially with some mud.

“Although there was no mud on Sunday, there were brutal hills where I passed people who were struggling to keep running.

“The downhills were the type you could not let yourself go and had to be managed, so I knew they couldn’t come back at me.

“I was shocked with a medal, more elated than ever, as this is extremely hard work for me these days.

“In the past it felt so easy and natural to run. But my old injury has not gone away.

“I tend to manage by willpower and in the knowledge that others are in a worse state than me and some of my contemporaries from the early days can’t run anymore.

“I am still on the ceiling, it is a British Medal and I don’t care if someone looks at 1hr44.11hrs and thinks that was slow, I was there and crossed the line.

“I started my business ‘Back on Track’ in Spalding in 1995 and have been working for the British Masters Team since 2001.

“Some of the medallists I have treated have inspired me to compete more.

“My next step is the Venice Half Marathon in September, which doubles as the European Masters Half Marathon Championship. I’m not aiming for a medal, it will be too flat for that!”