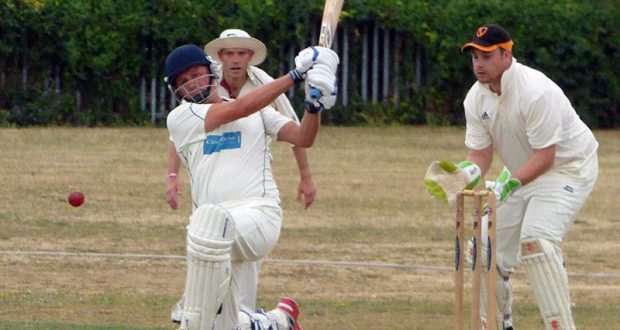 The home side batted first in the South Lincs and Border League Division One clash and scored a solid 196-7 as Adrian Joubert (50) and Liam Davies (53) both made half-centuries.

Skipper Ben Hudson also made 32 and opener Andy Keen managed 25 as Baston scored well at The Shrine, but Town prevented them from passing 200 thanks to strong figures from Jamie Juckes (2-39), Peter Cook (2-25) and Harry DeCamps (2-50).

Spalding lost Peter Cook for a duck as their reply got off to the worst possible start.

But fellow opener Dring was a man on a mission. He hit 12 fours and two sixes in his 92, which allowed Town to race to their target.

He was joined by Mohammad Alam (27) and Ollie Dring (16) before eventually being dismissed by Jon Wiles (1-26).

Hosts Pinchbeck opted to put the leaders into bat first – and they must have been ruing their choice when openers Ryan Bainborough (42) and Richard Witt (48) piled on the runs.

Paul Bird (32) and Karl Green (28 not out) also scored handsomely, as Deeping set an imposing target. Andrew Beeston (2-49) was the pick of the Pinchbeck bowlers.

In reply, Mike Knight and Jamie Frost both scored 31 runs apiece – but no other player managed double figures as Pinchbeck slipped to 85 all out.

Up in the Premier Division, Long Sutton are fifth after a big 153-run victory over Grantham 2nd at Paradise Field.

Sutton managed a fine 222 batting first, before bowling Grantham out for 69 in 19.5 overs.

Meanwhile, Spalding Town 3rd suffered a 74-run defeat at Sleaford 3rd in Division Two. Having won the toss and opted to bowl, Town’s youthful third side saw Sleaford put on 205-6 in 45 overs before being bowled out for 131 in reply.