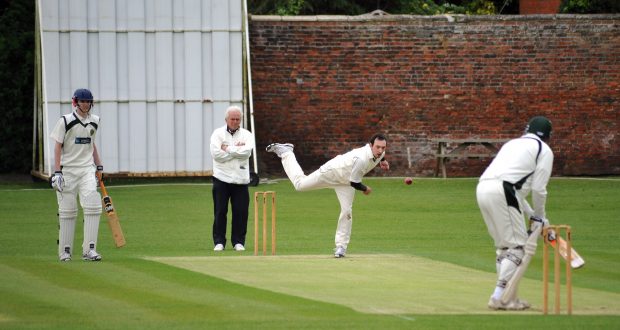 Pinchbeck are 20 points clear at the top of South Lincs and Border League Division Two after a seven-wicket success against Freiston 2nd on Saturday.

Daniel Lumley (17) and skipper Connor Goodfellow (15) top scored for Freiston, who were blown away.

In reply, Pinchbeck lost their top three batsmen quite cheaply.

However, captain Danny Jackson (25 not out) and Lee Eyett (23 not out) kept their cool and got Pinchbeck over the line in the 29th over.

Batting first, Town made 148 at the Memorial Field before bowling their visitors out for 128.

Sawyer took 3-61 with the ball as Grantham made 223-8 batting first at Spalding Grammar School, before top scoring with 40 in reply as Town were bowled out for 129.