THINGS CAN ONLY GET BETTER: Saturday's loss against Huntington was Town's fourth on the spin. Photo by ADRIAN SMITH

Skipper sure that Spalding RFC will improve

Frustrating and disappointing are the main words captain Harry Sharman would use to describe Spalding RFC’s season so far.

Promoted via the play-offs last season, Town have found life back in Midlands One East challenging – and currently have no points on the board after Saturday’s loss to Huntingdon and District .

But experienced captain Sharman has been here before. The last time Spalding were promoted to this division in 2010/11, they suffered a nightmare start too – but battled back to secure survival.

He’s confident that Town have a good enough side to stay in Midlands One East, but accepts that things could get worse before they get better… starting with a home test against bogey side Ilkeston at the Memorial Field on Saturday (3pm).

Sharman said: “It seems like we have absolutely no luck at the moment. Anything that can go wrong, has been going wrong.

“We’ve had a huge amount of injuries and simply haven’t got the squad to handle it. What I will say is that I’m totally confident that our strongest side can compete with teams at this level.

“It’s just so disappointing to see us drop vital points at this stage of the season.

“Take Saturday, for example. We would have easily given Huntingdon a good game – and it’s the kind of fixture we need to win if we want to stay up.

“Ilkeston this weekend is a tougher one. We had a bit of a ding dong against them last time we beat them, but it was about seven years ago.

“Since then, we’ve always struggled if I’m honest.

“It’s going to be a very difficult game, but all I can ask is that the lads give it their all again – which I’m sure they will.”

Saturday’s clash with fifth-placed Ilkeston is Spalding’s third home game on the trot. 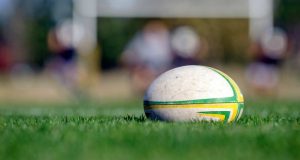 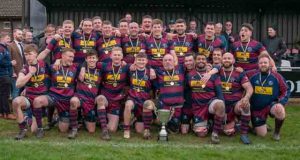 Rugby club set to make it a year without games 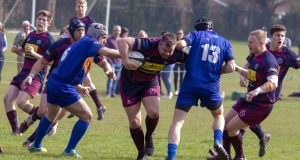