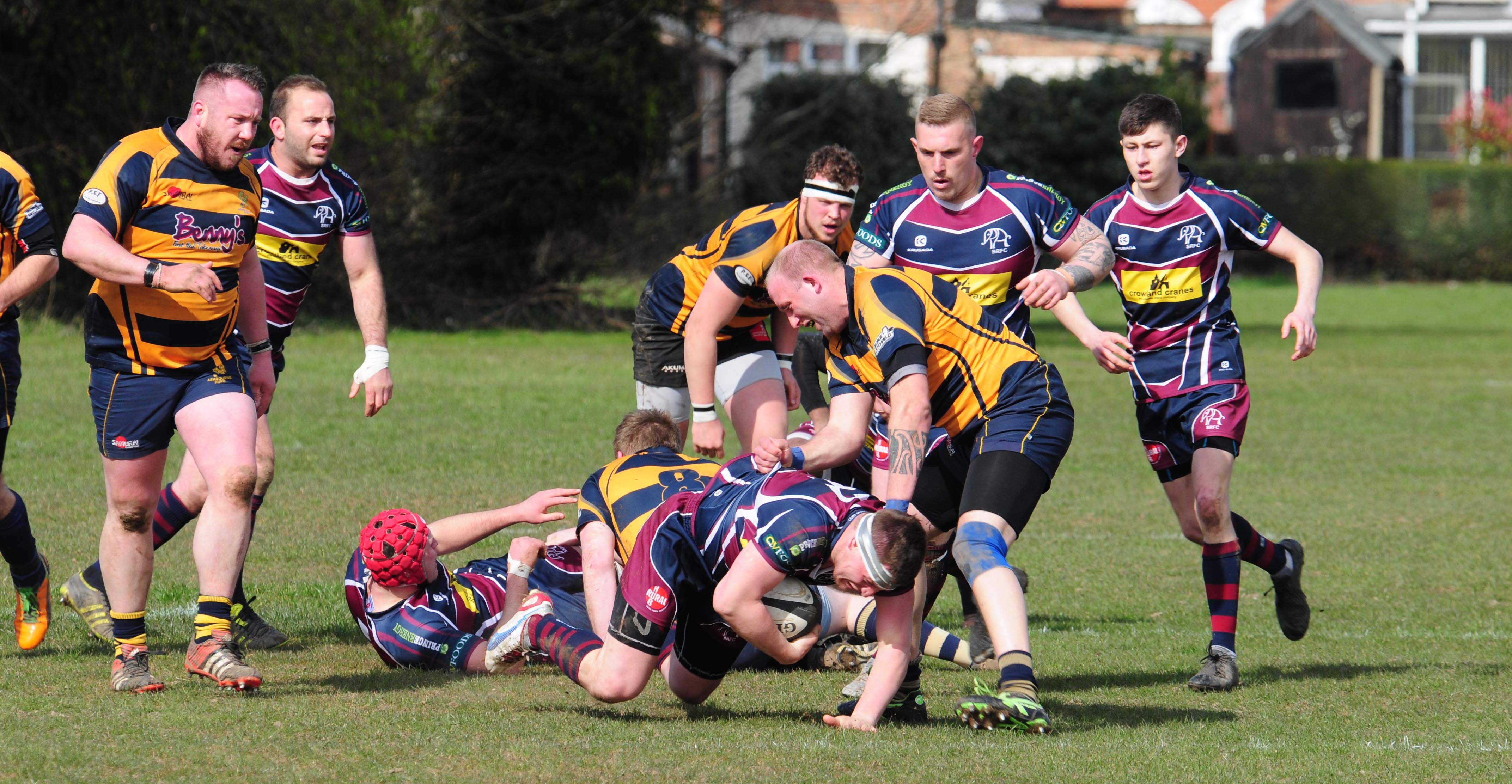 ONE MORE WIN: Sam Cooke (holding the ball) wants Town to secure their status this weekend. Photo by ADRIAN SMITH

Upbeat Spalding RFC skipper Sam Cooke is hoping that his side will secure their Midlands Two East (North) status on Saturday.

Town produced a titanic performance to defeat title hopefuls Ashbourne 26-19 at the Memorial Field on Saturday  – and are now three points clear of Mansfield in the race for survival.

A repeat of that bonus-point win at basement boys Bakewell Mannerians on Saturday (2.15pm), coupled with Mansfield failing to beat Melbourne, would see the Elephants safe with a game to spare.

Captain Cooke admits that he was surprised to collect five points against Ashbourne, but is now confident of a repeat performance against a Bakewell side that have won just once all season.

“I was so proud of the lads,” admitted the Spalding skipper. “I thought that we might cause Ashbourne a few problems.

“But to beat them and pick up a bonus point feels like the turning point in our season. It will have sent shockwaves through the league, much like when we beat Stamford at the end of last year.

“I thought Harry Harrison, in particular, was excellent for us. It was a great performance all-round.

“It’s given us a great chance to stay up. All we need to do now is go to Bakewell and produce the exact same performance.

“We’ll not go there with any complacency, they can be stronger at home.

“But we’ll be looking for five more points and hope that Melbourne can do us a favour against Mansfield.

“It’s very typical of a Spalding RFC side to leave things this late.

“We really want to stay up as we’ve blooded so many young players this season. We’re almost there now.”

Town look set to be without key winger Harrison on Saturday. He scored two tries and kicked well in the win over Ashbourne, with Cooke branding his likely absence “a big loss”.

Saturday’s hosts Bakewell haven’t won in the league since defeating West Bridgford 28-17 all the way back on September 26.

That win came on the third weekend of the season – and they’ve since lost 16 games on the bounce.