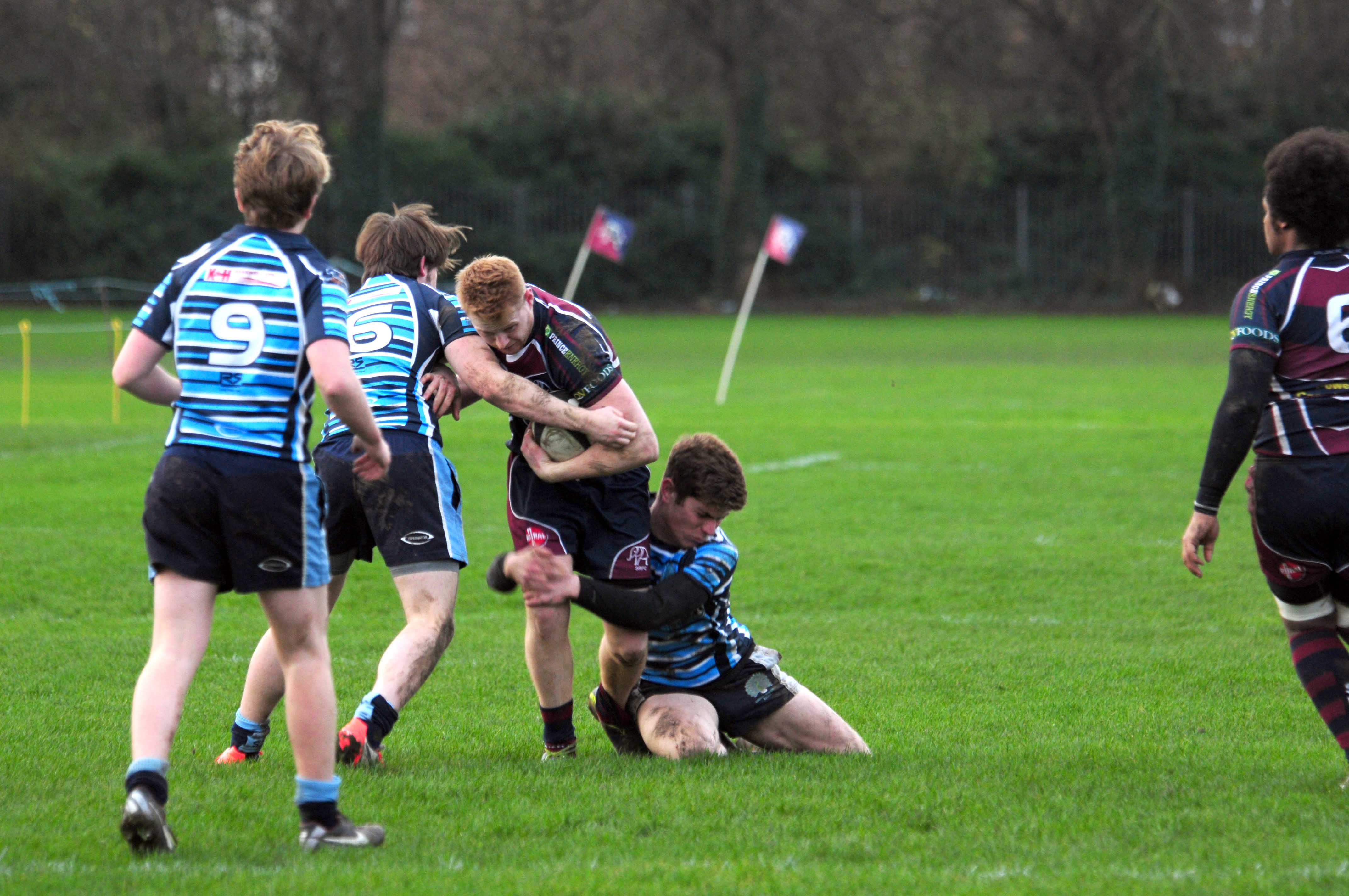 RETURN: Harry Harrison is back to book Spalding RFC. Photo by ADRIAN SMITH

The skipper was talking after seeing his side earn their first away victory of the campaign at Nottingham Casuals on Saturday  – a result that saw them climb out of the drop zone for the first time this season.

Saturday sees Town play host to a Southwell (2.15pm) side that are just a few places above them in the table.

Captain Cooke, who is targeting three home wins and one more away victory before the end of the campaign, feels there’s a score to settle with the Nottinghamshire outfit after they smashed the Elephants 50-5 back in November.

He feels that scoreline was unwarranted and has told his side to give them some “Spalding medicine”.

He said: “It was great to get that first away win – I knew that we had it in us.

“We really stuck at our task and deserved the victory, despite having a few players sent to the bin.

“That win has given us a big boost and moving out of the relegation zone is massive for us.

“We now move on to Southwell – a team that I really think we owe one to.

“They absolutely thrashed us earlier in the season, but I really think that scoreline was undeserved.

“They’re not that far ahead of us in the table and it’s one that we can target.

“I know the lads are up for setting the record straight and giving them a bit of Spalding medicine.

“If we can win this one and two more home games, then one away, I think that’ll more than see us safe.

“We’re not counting any chickens, but we do have (bottom of the table) Bakewell left to visit, so we’d hope to win there.

“Then we can match anyone at home, so we could get ourselves into mid-table with a bit of luck.

“The Ashbourne games will be tough, but we can certainly be confident.”

Spalding are boosted by the return of key winger Harry Harrison at the Memorial Field, with Cooke confident of naming a pretty strong side.

He’s pleased to have strong options in the backs against a Southwell side that lost 39-0 at home to West Bridgford last weekend.

Saturday’s visitors did win their last away game 11-3 at Mansfield, though.