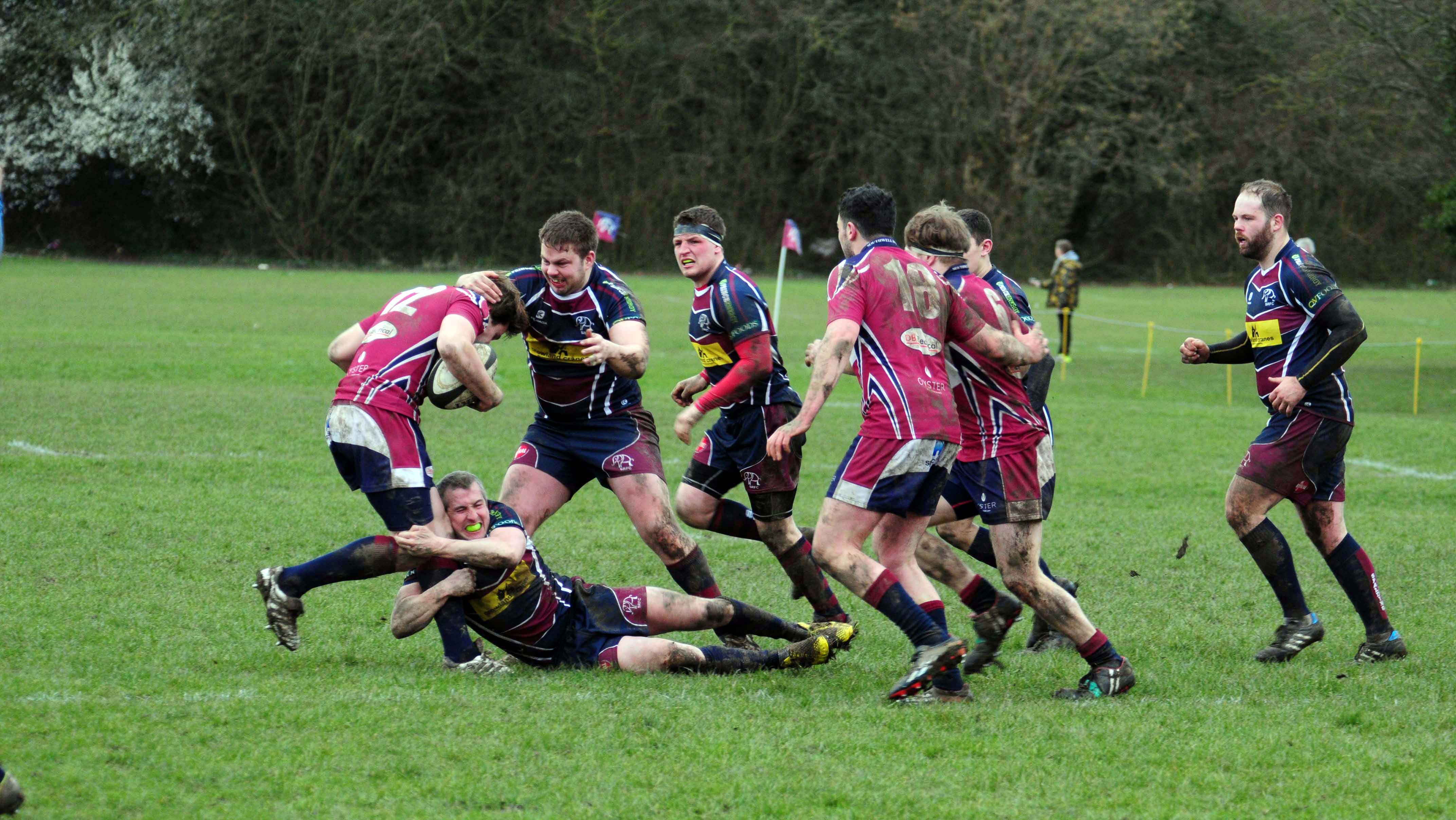 CHOMPING AT THE BIT: Sam Cooke (middle) says he and his Spalding RFC side are gunning for points. Photo by ADRIAN SMITH

Sam Cooke reckons that Spalding RFC need to take points from all three of their remaining Midlands Two East (North) fixtures to avoid the dreaded drop.

Town were dumped back into the relegation zone by Mansfield’s big 46-12 win over Bakewell Mannerians on Saturday, meaning the Nottinghamshire side now lead them by two points.

The Elephants welcome title-chasing Ashbourne to the Memorial Field on Saturday (2.15pm), before making the trip to rock-bottom Bakewell the following Saturday.

Spalding then conclude their campaign with a home date against mid-table Coalville on April 16.

Rivals Mansfield are at leaders Market Bosworth this Saturday, then finish their campaign with games against seventh-placed Melbourne (home) and ninth-placed Nottingham Casuals (away).

Town skipper Cooke admits that he was surprised by the size of Mansfield’s weekend win, but remains confident his side can beat the drop – especially with two home games remaining.

He said: “I’ll be honest, I didn’t expect them to beat Bakewell by so many.

“The bonus point doesn’t change much, though. We need to win – or at least take points – from our next three matches. They are big, big games for the club.

“I know the lads are chomping at the bit to get back out on to the field – and it’s time we all pulled together to get some results on the board.

“Ashbourne will be a tough game, they are a very good side. But they’ve got a long trip to make and we need to make life uncomfortable for them.

“Hopefully the fans will turn out in force and get behind us. It really does make a massive difference to the lads. The big positive for us is that we’ve got two of our last three matches in front of our own fans.”

The Spalding skipper feels that he has a strong squad to choose from on Saturday, although he is without Dan Adams for the rest of the season and has admitted defeat in a bid to get fly-half James West back involved again.

Saturday’s opponents Ashbourne come into the clash in fourth place.

They’ve won five games on the spin – including a 25-7 success over Spalding back on February 27 – and are just five points off top spot with a game in hand.

They also beat Coalville 26-5 on Saturday.