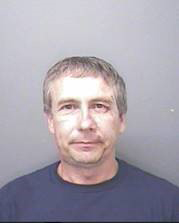 A paedophile has been jailed for more than six years for a catalogue of sex offences against young girls.

The offences all happened in July, August and September of last year.

Two of the sexual assaults happened in Peterborough, two in Whittlesey and one indecent exposure took place in St Neots.

Other offences were in places including Hull, Stevenage, Milton Keynes and Humberside.

All the victims were below the age of 13 with some as young as six.

He was made the subject of a sexual offences prevention order (SOPO), with conditions for him not to go near areas frequented by children, to have no unsupervised contact with under 16s, and to have internet usage monitored.

He was also placed on the Sex Offenders Register indefinitely.

DC Ralph King said: “Parrish was a serial offender who travelled around the eastern region looking for opportunities to offend.

“He is clearly a danger to children and will be under tight restrictions when he is released from prison.

“I would like to pay tribute to all the victims who showed such bravery in coming forward and ensuring Parrish was brought to justice.”

He received a further 12 months in custody for a further six sexual assaults, ten months for five exposures, and four months for two offences of voyeurism, all to run concurrently, taking the total sentence to six years and two months.