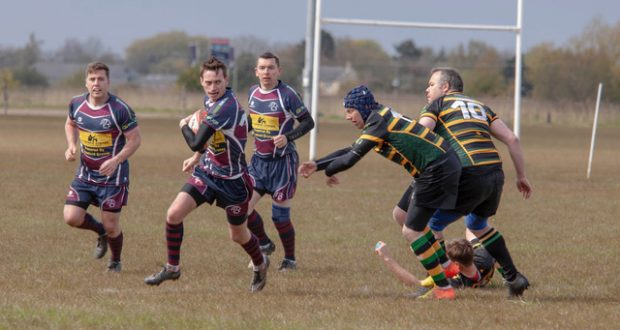 For the first time in more than a year, a rugby match took place in South Holland on Saturday.

The RFU lifted the COVID-19 led ban on seniors playing that day and Spalding’s Veterans team took to the pitch for a friendly against their counterparts from Deeping in the first action for the club since March 2020.

Following the current RFU guidelines, the clubs played a variation on the rules which included no scrums or mauls.

The game was end to end with some missed tackles and a few passes going astray and by halftime the visitors were leading 17-10.

With a very firm ground, players were willing to be substituted to give their bodies a rest whilst Deeping eased further into the lead winning the match by 39-24.

But it was one of the Spalding players who showed his pace, as Gav Sharman claimed a hat-trick.

A spokesman for Spalding Rugby Club said: “Players were somewhat rusty having not played for at least 14 months but the enthusiasm was there.”