The Neville Avenue school says it’s had a recent increase in pupils and is making efforts to ensure the building itself expands accordingly.

The first of the planned improvements will be revamped PE changing facilities.

That’s set to be followed by doubling the music rooms before an eight classroom block and the refurbishment of classrooms into new science laboratories and computer suites will follow that.

“These facilities will be close to the sports field, All Weather Pitch and the netball courts so that there is easy access to all areas of activity.

“Toilets, disabled facilities and office space are also being provided along with large changing areas. Including the refurbishment of the All Weather Pitch last summer, everything is here to support PE at Spalding Academy for the foreseeable future.”

Work on the new music facility is due to begin over the summer while the larger work on the classrooms is to be completed over the next 18 months, the school says.

“We are to build an additional teaching room and five practice rooms,” Mrs Lewis continued. “Computer access will be provided to support all areas of the music curriculum. The work should be completed by Christmas.

“The next stage of the development at the Academy is an eight classroom block, refurbishment of two classrooms into science laboratories and two further classrooms into computer suites.

“It is exciting times at Spalding Academy with South Lincolnshire Academies Trust investing at the site so the students are getting much needed and deserved improved facilities for all areas of the curriculum.” 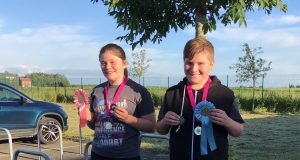 Duo in step for national award 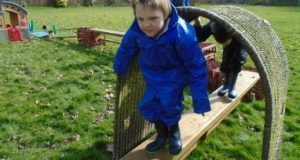 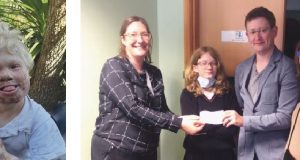 Joseph’s legacy will live on at The Garth