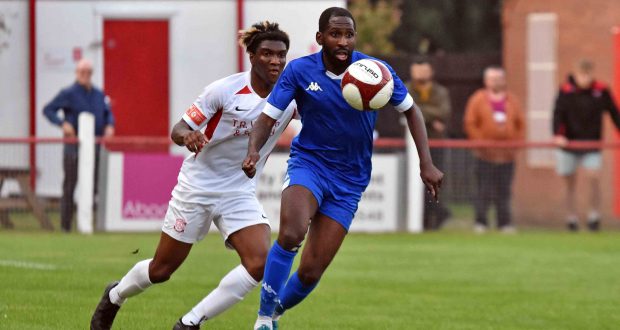 Spalding United enjoyed a 3-1 win at Shepshed Dyanamo on Saturday, while Holbeach United were beaten 2-0 at home by Heather St John’s and Pinchbeck United lost 4-1 at home to Melton Town.

The Tulips ended a five-game winless streak with their success at Butthole Lane, as Jordan Macleod (2) and Glenn Yala got the goals for Gaby Zakuani’s side in Pitching In NPL Midlands Division.

Holbeach held Uhlsport UCL Premier Division North high-fliers Heather for an hour at Carter’s Park before the visitors netted twice, leaving Phil Barnes’ side still without a win this season.

They had taken the lead through Krisztian Gagyi.