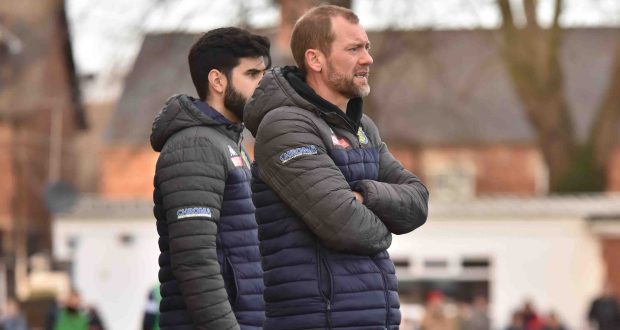 Spalding United picked up a good point on Saturday as they held title favourites Ilkeston Town to a 0-0 draw at the Sir Halley Stewart Playing Field, while Holbeach United lost 3-0 at Melton Town.

Starting in the Pitching In NPL Midlands Division, the Tulips perhaps had the better of the chances in their Sir Halley Stewart Playing Field clash.

But a draw against Ilkeston isn’t to be sniffed at – and the point moves Brett Whaley’s side up to ninth in the table.

In the Uhlsport UCL Premier Division North, Holbeach lost for the 24th time in 27 league games as their impending relegation drew closer.

Melton had two early goals ruled out for offside before Will Bestwick (24) netted the opener and Cameron Smith (40) made it 2-0 at the break.

The clincher came from Robbie Parsons 13 minutes from time as the Tigers suffered am eighth loss on the spin.

Pinchbeck United, meanwhile, saw their game at Leicester Nirvana rained off and remain in the bottom two.

While they were kicking their heels, relegation rivals Newark won 2-1 at Eastwood and are now eight points clear of the Knights with a game in hand.

Selston were also without a game and stay two points ahead of Lewis Thorogood’s side with four games in hand.

There was also a rare 4-0 win for Long Sutton Athletic over Stamford Lions, while Crowland Town lost 2-1 at Stamford Belvedere.