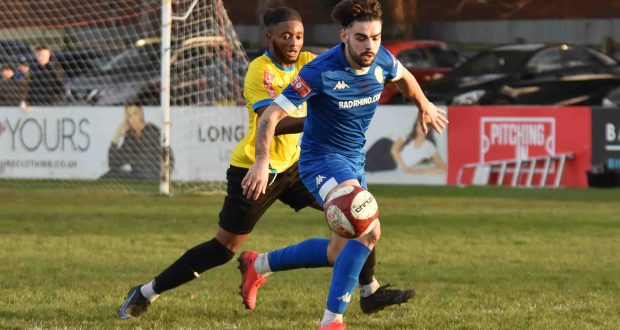 A 3-0 defeat at Leicester Nirvana saw Pinchbeck United relegated from the Uhlsport UCL Premier Division North on Saturday, while Spalding United ended Chasetown’s hopes of winning the Pitching In NPL Midlands Division with a 1-0 win on the final day of the season.

Starting with Pinchbeck, they needed just a point at Nirvana in their last game of the campaign to be sure of survival.

But they were beaten by a Deen Master hat-trick at Hamilton Park, meaning they finish 17th and join Holbeach United in finishing in the relegation zone.

The Knights’ attention will now turn to hoping that restructuring within the non-league pyramid may offer them some kind of relegation reprieve.

But, as things stand, South Holland will have no team at step five of the non-league ladder for the first time in recent history.

Meanwhile, a second-half goal from Dylan Edge ensured that Spalding ended their season in fine style as they once again upset one of the league’s big-hitters.

Chasetown, who went into the game hoping to win the league, ended up finishing third behind newly-crowned champions Ilkeston and Stamford, who pinched second place with a 3-0 win over Carlton Town.

Brett Whaley’s side finish in tenth place, some 20 points shy of their early-season goal of reaching the play-offs, after the Sir Halley Stewart Playing Field success.

Soham Town Rangers and Wisbech Town are the two teams to be relegated from the division.

More on both games in next week’s Voice.