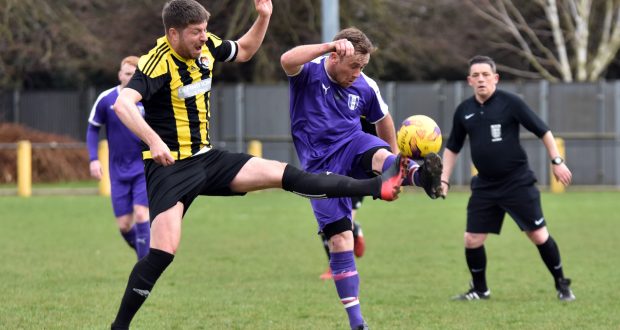 But the big story was the indiscipline of Nirvana, who had three players sent off on the day.

For the Tulips, it’s now five games without a win following their heaviest loss since a 6-1 reverse at Glossop North End in October and they stay 15th in the table.

The stormy weather did claim one high-profile casualty, with Pinchbeck United’s derby against Boston Town postponed as early as Friday because of a waterlogged pitch at the Sir Halley Stewart Playing Field.

More football in Thursday’s Spalding Voice and at www.spaldingvoice.co.uk throughout the week.