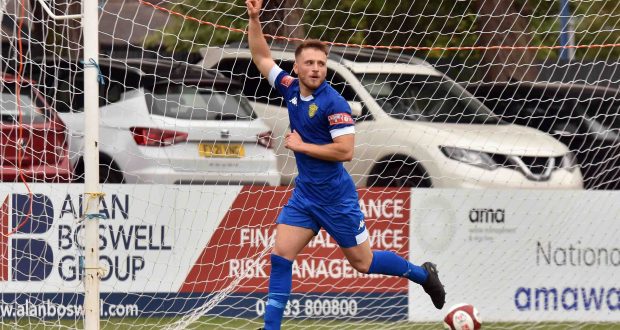 Saturday football: Broccoli salvages a draw for Tulips, Pinchbeck hit for six and Tigers drop to the bottom

An injury-time strike rescued a 1-1 home draw for Spalding United against Daventry Town on Saturday, while Pinchbeck United were smashed 6-0 at Eastwood and Holbeach United slipped to the bottom of the table after a 1-0 home reverse against Melton Town.

Starting in the Pitching In NPL Midlands Division, Spalding stretched their unbeaten run to three games – but required a dramatic late leveller from Stefan Broccoli to do so.

Visitors Daventry – who are down in 19th place in the table – led from the seventh minute at the Sir Halley Stewart Playing Field, but Broccoli’s late heroics saved the day for the hosts.

Tulips boss Gaby Zakuani, whose side are ninth ahead of Tuesday’s home game with Soham Town Rangers (7.45pm), said: “Frustrating draw at home, nowhere near our standards.

“But on the bright side it’s another game unbeaten.

“Once again thank you to the fans for the great support – see you on Tuesday night.”

In the Uhlsport UCL Premier Division North, Pinchbeck’s downturn in form continued as they were hit for six at Eastwood.

Only a week after their 7-0 beating at Long Eaton United, Lewis Thorogood’s side were heavily beaten again as they made it four losses on the bounce.

The news wasn’t any better for Holbeach, who were under the stewardship of Phil Barnes and Dean Elston for the last time before Gary Frost takes over on Monday.

They battled valiantly against Melton Town at Carter’s Park, having had on-loan defender Jack Keeble sent off before half-time.

But a late goal from Zak Munton, who had a brief spell with the Tigers, made it 12 games without a win this season and saw them drop to the bottom of the table for the first time this season.

Meanwhile, Moulton Harrox continued their fine form in the ChromaSport PDFL Premier Division with a 3-0 victory over basement side Stamford Lions.

Goals from Joe Townsend (2) and Jack Smith moved Bobby Patterson and Tim Cole’s Harrox up to third place in the table.

They are level with second-placed Uppingham Town after they suffered a 3-1 beaten by Crowland Town at Snowden Field.

However, Holbeach United Reserves were soundly beaten 5-0 at a resurgent Netherton United and Long Sutton suffered a 5-1 home beating against leaders Stilton United.