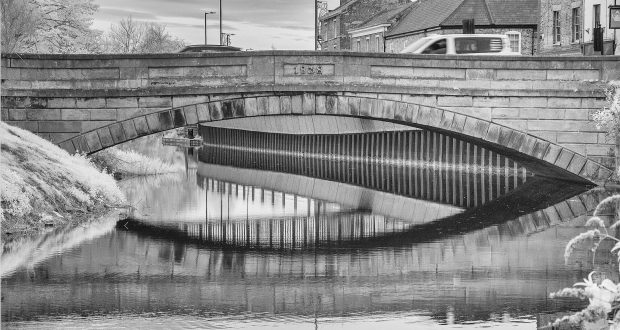 The act which brought conservation areas into being is 50 years old and two of Spalding’s societies have teamed up to mark the anniversary.

A photographic exhibition showcasing Spalding’s conservation area will run throughout the summer, spending a fortnight each in a  number of different venues.
The project by Spalding and District Civic Society and Spalding Photographic Society will launch in the front window of Calthrops in Market Place on Wednesday, May 31.A competition is being run in conjunction with The Voice to attract further entries to add to the exhibition.

The Civic Amenities Act created conservation areas and a spokesperson for the two societies said: “It gave local authorities the power to protect the best-loved parts of our towns and villages – usually the historic centres from gung-ho developers and traffic engineers, whose port-war activities were sometimes more destructible of the beauty and individual character of town centres than enemy bombing raids had been.

“It was a time when the car was king. All that mattered was to keep traffic moving and make car parks – demolishing the older parts of town centres to do so, with their narrow streets and ‘dated’ buildings.”
He added that these were the days when a Spalding councillor could seriously propose covering over the river between Herring Lane and Holland Road for a car park, and county highways planned to relieve Market Place of traffic, not with a bypass, but by “smashing” a wide new road through the middle of town (from High Bridge to Pinchbeck Road).

The Spalding Conservation Area was designated in 1970 and extended in 1975 and 2007.
“We are very pleased to be able to support the 50th anniversary of the Civic Amenities Act,” said photographic society chair-man Roger Human.

Civic society chairman David Jones added: “Without it, much of what you see could so easily have been lost.”
The exhibition will consist of a selection of prints by members of the photographic society, some familiar and others less so, according to Roger.

For more information on helping to preserve and enhance Spalding’s built environment, visit www.spaldingcivicsociety.org.uk.
Anybody wanting to improve their photographic skills can find out details at www.spaldingphotographicsociety.co.uk.