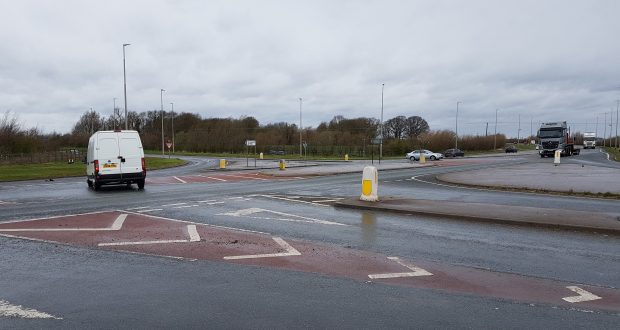 Roundabout is still off the Radar

Controversial plans to trial new measures at an accident blackspot will be discussed by councillors next week.

Lincolnshire County Council’s proposal for a six-month trial to use barriers to restrict movement at Radar Junction on the A16 is to go before the authority’s Planning and Regulation Committee on Monday, March 2.

Similar restrictions would also be in place at the A16 junction with the B1040.

The report to the committee on behalf of the authority’s executive director for place Andy Gutherson recommends all three options of pursuing the experimental order for six month, abandoning it “on account of the potential impact on surround communities” and deferring it for more information.

The report states that since it opened nearly a decade ago, there’s been 21 accidents that resulted in injury at Radar Junction, three of which resulted in fatalities.

All but five of the accidents occurred during a right turn or a crossing manoeuvre, according to the report which claims the main reasons for accidents were ‘driver behaviour’ in failing to see vehicles on the A16 and misjudging the speed they were travelling at.

A roundabout proposed in 2018 – which is accepted would be the safest measure – would cost the authority £2m.

“Funding for the construction of a roundabout to address the issue is not available so an alternative proposal has been identified as an affordable solution, which can initially be tested by introducing it for a trial period,” the report states.

The trial of the proposed measures would cost £78,000.

There were 66 official objections to the trial including from Crowland parish and South Holland District Council.

Concerns raised include the potential ‘isolation’ of Crowland and motorists being encouraged to use other routes.

“The view is that the restrictions do not take into consideration how local people use the road network and that the significant impact they will have has not been acknowledged,” the report states.

Officers did say it would consider lowering the speed limit to 50mph but the report says: “It should be borne in mind however that excess speed has not been found to be a contributory factor in the collisions which have occurred.”