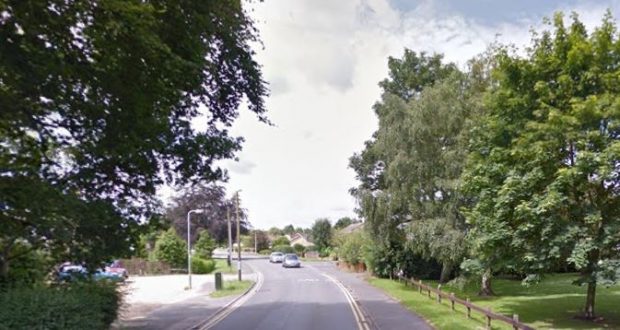 A raft of improvements to roads around Pinchbeck have been recommended after a village survey.

The results of a questionnaire, along with a report, was presented to the parish council at a meeting on Monday evening.
A Traffic Management Strategy up to 2025 has been produced, which includes 20mph zones, evaluating all village cycle routes for safety and looking at a village bypass among the recommendations.
Speeding, safe school zones, HGVs, congestion and pedestrian safety are among the concerns outlined in the report.
“Public demand for improvements to speed and increased safety considerations have been the driving force behind the study and the proposals being put forward,” says the report.
“Traffic management has been an issue in Pinchbeck and West Pinchbeck for many years and, despite several attempts to improve how traffic is managed, this continues to be a problem.
“The parish council has raised traffic concerns with the county highways on many occasions, but due to limited resources and funding only a few minor improvements have been implemented.”
Pedestrians have a lack of safe crossing points, narrow pavements, poor lighting and areas with no footpaths which effectively isolates community members.
Volumes of traffic on the main roads see long delays at peak times and nuisance parking around schools is also a problem, according to the report.
A lack of infrastructure for walking and cycling, lack of public transport and the forthcoming Western Relief Road, which will add to pressures, are all cited as an issue.
“Each new home is likely to put at least one additional car on the road,” it says, adding that the majority of large-scale development is in Pinchbeck itself.
The volume of traffic is causing concern to residents and its speed is causing safety issues for motorists and pedestrians.
A 20mph is recommended for the village as it would improve safety and the zone should extend to all of Knight Street. Areas with a 60mph limit should be reduced to 30mph, such as Northgate, Dozens Bank and Glenside North.
It also recommended a bypass for both Pinchbeck and West Pinchbeck from the Surfleet roundabout and telemetric road signs near The Ship pub, Beck Bank and the start of West Pinchbeck from Bourne Road.
A village survey on the issue had 226 responses, with most in favour of paying more Council Tax to enable at least some of the improvements to go ahead. It also showed a majority in favour of slowing traffic in the parish.