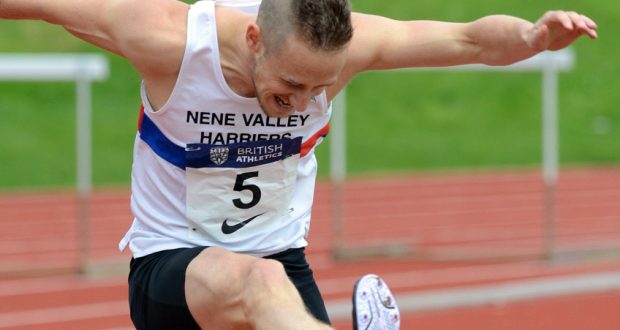 The Nene Valley Harriers end of season club night featured a series of graded 800m races – and the main event was a two-lap classic.

Peterborough AC’s Benji Davis and Nene Valley’s Sean Reidy crossed the line neck and neck in 2.00.7mins, but the nod went to Davis who had chased Reidy down the home straight catching him within yards of the finish line.

Reidy put his foot down on the back straight of the second lap and moved from last to first, crossing the line just 2/100ths of a second outside the Nene Valley veterans club record set by Dave Brown at the same event in 2015.

Harry Hewitt won the B race in a time of 2.07.0mins and Brandon Ballard smash his PB by over 20 seconds when clocking 2.18.2mins for his victory in the C race.

Louie Hemmings won the under-11s race in a time of 2.52.0mins, while there were wins in the other races for Ed Lindsell, Felix Bowling, Thomas Preston, Elliot Long and Michael Chilvers.

Molly Peel was the quickest girl with a 2.25.3mins clocking, ahead of fellow under-17 Flo Brill who finished in a time of 2.22.1mins.

Under-15 Aoife Glaswell ran 2.25.3mins and was the fastest in her age group while Evie Hemmings clocked 2.46.6mins to finish as the best under-13 girl.

The long jump and high jump events were both won by Katie Marsh.

Marsh cleared the high jump bar at 1.40m and recorded a fine long jump of 4.67m. Alphin Hadfield won the under-11 high jump with a 3.05m leap with Lucy Preston the leading girl with a distance of 2.89m.

Danielle Pusey had a winning hammer throw of 35.78m, while her mother Sally kept it in the family finishing third with a new PB of 25.76m.

Paul Rana threw 28.47m to win the discus just ahead of Elizabeth Moorhouse with a throw of 28.42m.

Capes cemented his position as UK under-15 number one with a new personal best (PB) of 15.61m.

Moorhouse, who is ranked sixth under-17 lady in the national standings, just missed out on a new PB with 13.42m.

Brittain clocked 27.52mins with Stamford Strider David Spooner next over the line in 24.48mins.

Dylan Tomaselli of Hunts AC was fastest on the night with a 17.25mins clocking, while Peterborough AC’s Laura Whitton ran 21.38mins to finish as fastest lady.

Grace Tidman was the star of the show, winning the under-17 championship with a total of 2611 points.

Holly Aslin fell in her hurdles race but bravely got up and finished.

Aslin gave the competition her all and clawed back some of the lost points finishing in fifth place with 2243 points.

Eljay Seckers competed in the boys’ under-15 event and his tally of 2585 points earned him the bronze medal.

Katie Marsh finished seventh in the under-15 girls’ event with an overall score of 2313. 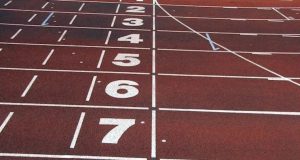 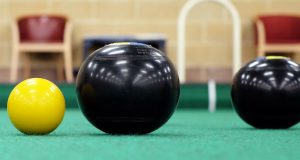 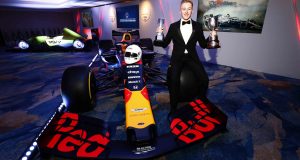