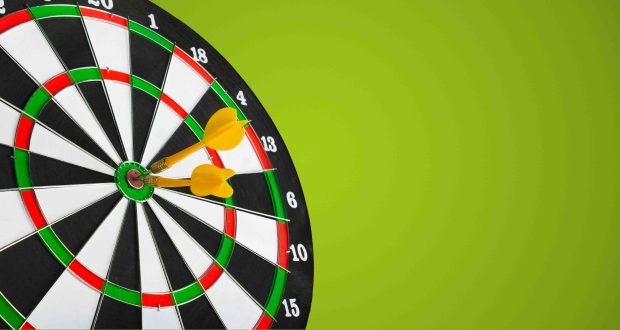 South Holland darts ace Scott Williams has become the first player to win a ranking title without having a PDC Tour Card since 2018 as he roared to success in the Germany.

Williams, who is from Swineshead but is a regular player for Holbeach side Tigers in the Spalding and District Darts League, clinched his first PDC Pro Tour title victory in stunning style by winning the Players’ Championship 17 in Niedernhausen.

The 32-year-old claimed a host of huge scalps en-route to sealing the success, including an 8-5 victory over former UK Open Champion Nathan Aspinall in the final.

That banked Williams £12,000 in prize money on what was the biggest moment of his career so far.

“I’m so pleased, I cannot believe it,” said Williams, a winner of three Challenge Tour titles in 2022. “I am beating players that people see in big TV events every week.

“That is an unbelievable feeling.

“My main target was to get into the World Championship. I’m also looking good for the Players’ Championship Finals now.

Williams’ remarkable run began with victories over Gary Blades and Danny Baggish, and a stunning 11-dart leg saw him clinch a 6-5 win over Jonny Clayton in round three, after the Welshman had posted 111 and 108 averages in his opening two games.

Williams punished a sluggish start from Aspinall to race into an early 2-0 lead, but a 13-darter sparked a sequence of three straight legs for the Stockport star, who looked to be establishing control.

However, a brilliant 12-dart break from Williams in leg nine shifted the pendulum, with Aspinall squandering five darts at double to restore parity moments later.

The Challenge Tour star gifted Aspinall a temporary reprieve by frittering away three match darts for an 8-4 victory, but he made amends in fine style, following up two 180s with a 14-darter to seal a memorable maiden win.