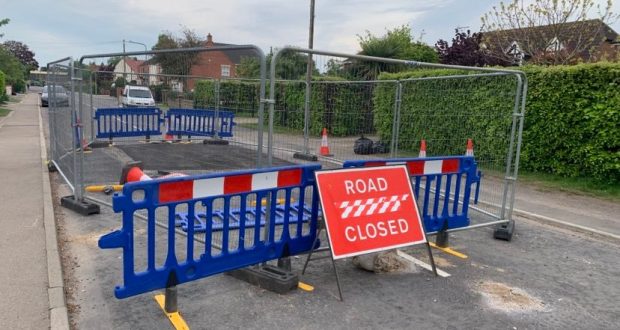 Public meeting to be held over Boston Road South works.

The three-year saga of a Holbeach sinkhole will be on the agenda at a public meeting in the town.

With work continuing on Boston Road South, the parish council is responding to a request to hold the meeting.

Anglian Water, county highways and county and district council member Tracey Carter have all been invited to take part.

A date within the next three weeks will be announced when all parties have responded to invites.

“If they are not able or willing to attend a meeting, we have submitted a freedom of information request, so we will still hold the meeting and deliver the answers we have,” said a statement from the parish council.

It has sent a number of questions within the request including:

A spokesman for Lincolnshire County Council said: “We have not yet been able to start the rebuild works as the sewer lining is ongoing.

“Our costs are comparatively small so far,” he said.

The issue started in 2019 and the road has been shut since March this year when the hole reappeared after initial repairs failed.

After saying the road would re-open last month, no date has now been put on the project coming to an end.