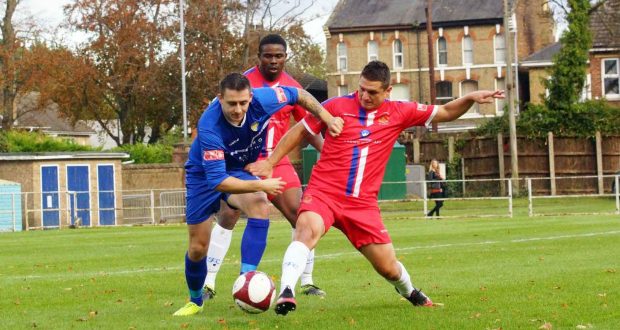 Marcus Maddison grabbed his first Spalding United goal on Saturday as the Tulips thrashed Bourne Town 6-1 in a pre-season clash.

The ex-Peterborough United ace, who is perhaps the most eye-catching signing made by any non-league side this summer, netted after coming on as a second-half substitute against the Wakes.

Tulips boss Gaby Zakuani, who is set for his first full season as manager, said: “Another good workout for my team.
Pre-season is coming along nicely and I’m starting to see what me and my staff are trying to implement.

“The players are giving me everything.”

The former DR Congo international will hope that continues this Saturday, with the Tulips visiting Skegness Town for a friendly.

Spalding are then welcoming Grimsby Town to the Sir Halley Stewart Playing Field for a Lincolnshire Senior Cup clash on July 17 (3pm).

You can book tickets for the game on the Tulips’ official website, with adults £6, concessions £3, children £1 and under-11s free.

Meanwhile, Pinchbeck United continued their pre-season campaign with a 2-2 draw against Harrowby United at Knight Street on Saturday.

Scott Waumsley and Nathan Stevens had given the Knights a two-goal lead in the first half.

Pinchbeck host Bourne Town next on Saturday (12.30pm) and are at home to Sleaford Town on the opening day of the UCL Premier Division North season on August 4.

Holbeach United’s game at Wisbech Town on Saturday was postponed, but they visit Huntingdon Town on Tuesday night.