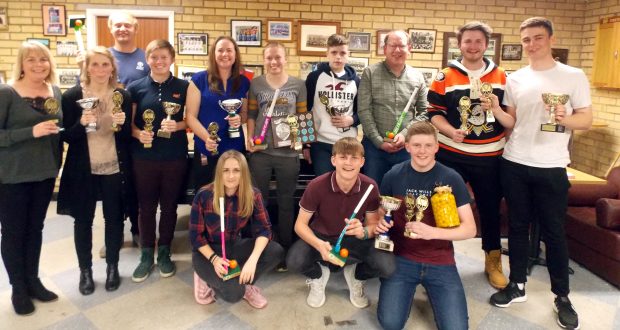 Long Sutton Hockey Club finished their season on a high note with a well-attended presentation evening on Saturday.

The club came together to celebrate in style and show what a tremendous season they’ve enjoyed – with the awards get shared between the ages.

The obvious high note saw Sutton’s men’s 2nd team winning their league and gaining promotion in East Men’s Hockey League Division 3NW. But, with the rest of the teams finishing mid-table, it is certainly a noteworthy season for the club.