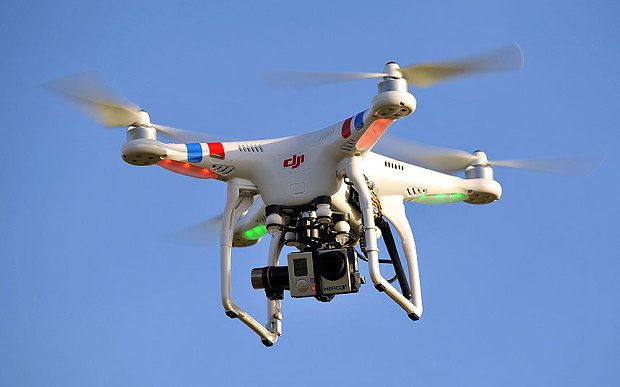 Police are concerned after drones have been seen flying illegally over buildings and people in West Pinchbeck.

Letters have been sent to residents in the village following reports to Lincolnshire Police over the machines and their camera equipment being too close to people’s homes.

Inspector Nick Waters said: “There have been reports of drones being flown in the West Pinchbeck area recently, flying close to buildings and pedestrians.

“There are strict laws governing the flying of drones, particularly when flying over people and buildings.

“If anyone has any information relating to this, please contact the North Rural Policing Team on 101 or by email a SpaldingRuralNorth@lincs.pnn.police.uk”

Steve Timewell who runs Lincolnshire Drones told The Voice that the machines should not be operated by those without the relevant training and accreditation within 150 metres of a building.

He took to social media to tell residents he’d spoke to local police and assure residents he operated responsibly.

“I find it really sad,” said Steve, who has been a qualified and CAA authorised drone operator for seven years.

“Unfortunately there are a few drone users who don’t stick to the rules and they cause problems for licenced fliers such as me.

“I take my job very seriously,” he added. “Every flight I do is conducted with safety in mind and withing the laws.

“I spent nine months training to get my drone qualifications as well as several thousands of pounds.”

Steve said the rules surrounding drone flying include keeping your drone in sight at least 500 metres away and at a maximum altitude of 400 feet above the surface. With the exception of small, toy drones, you must stay 150 metres away from built up areas, unless you have drone qualifications, he said, and you must register as a drone operator with the CAA (Civil Aviation Authority), take an online test and display your registration number on your drone.

He continued: “If you have qualifications, these separation distances are reduced but you must still avoid flying recklessly and consider privacy implications.”

Small drones such as the Mavic Mini that weigh under 250g can be flown as close as five metres from people or buildings but there’s still the issue of privacy and endangering people.