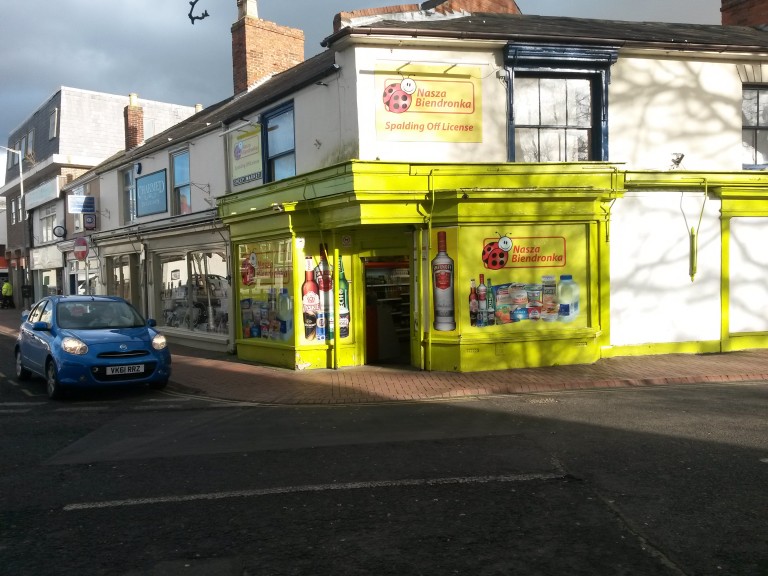 Police say they have been “frustrated” a Spalding shop has been allowed to carry on its criminal activity during an appeal against a ban on selling alcohol.

Nasza Biedronka, of Sheep Market, has its alcohol premises licence revoked in January after a series of raids uncovered a large quantity of illegal cigarettes.
But the shop immediately appealed the decision and as a result of the way the appeal process works was allowed to continue selling alcohol until the appeal was heard at a magistrates’ court.
Lincolnshire Police Alcohol Licensing Team then carried out test purchases at the shop on March 18 and June 2, and both times were sold illegal cigarettes.
A further raid uncovered more smuggled cigarettes, as well as counterfeit “branded” cigarettes and fake cigarettes.
Following the raid, the shop has now withdrawn its appeal and its alcohol licence has been revoked.
But Sgt Kim Enderby, of the alcohol licensing team, said: “Lincolnshire Police, the council and other partner agencies remain frustrated that the appeal process within the Licensing Act can be taken advantage of in this way.
“For a period of eight months this store has been involved in serious criminal activity, despite repeated seizures and the revoking of their licence in January.
“It is often the public perception that little is being done about stores like this, whereas we are all actively taking what action we can under the existing legislation.”
And he said his team would continue to pro-actively target premises involved in criminal activity.
He said: “The fake and counterfeit brands present a real danger to members of the public purchasing them as they have in the past been found to contain human faeces, asbestos and sawdust.
“They don’t comply with safety regulations as they do not self-extinguish and have been linked to a number of house fires.
“If the price appears too good to be true, that’s because it is.
“I would appeal to members of the public not to put their health at risk by buying these products and to let us know where these cigarettes are being sold.”